Sara Ali Khan and Kartik Aaryan have become one of the most popular duos of Bollywood. Even before the inception of Imtiaz Ali's upcoming release Love Aaj Kal, the audience and fans were eagerly waiting to see them together. The actors are currently busy promoting their film.

Recently, Sara Ali Khan and Kartik Aaryan were spotted in Ahemdabad and then in Jaipur. In one of Sara's IG stories, the pair was seen grooving to the song Haan Mein Galat.

Kartik Aaryan and Sara Ali Khan were excited to see their fans in Jaipur's Arya College. Sara captured all the moments from dressing up to dancing while Kartik informed his fans that Raghu is arriving with his scooter to meet fans in Jaipur on Instagram. 'Sartik' fans in the crowd also witnessed the chemistry of the duo live. Many of their fans showered love on the duo for promoting the film in different cities.

Look at the below snaps shared by Kartik Aaryan and Sara Ali Khan on their Instagram story: 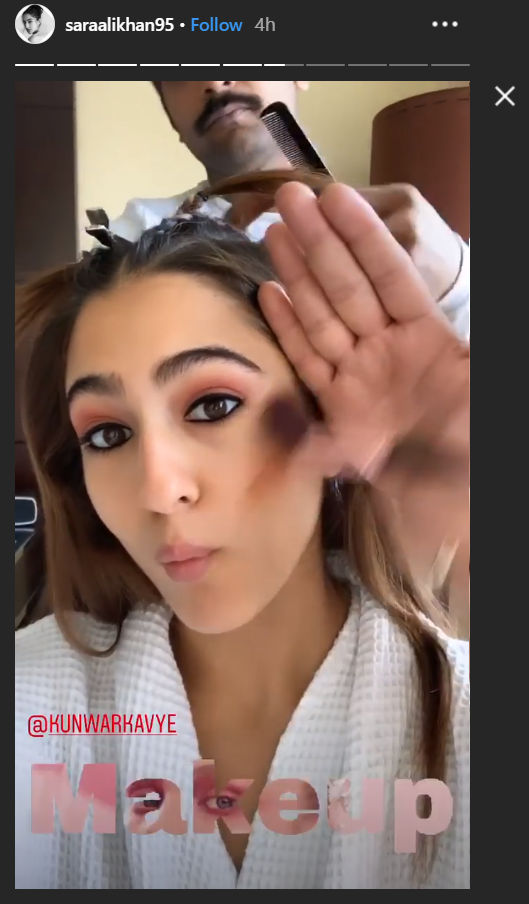 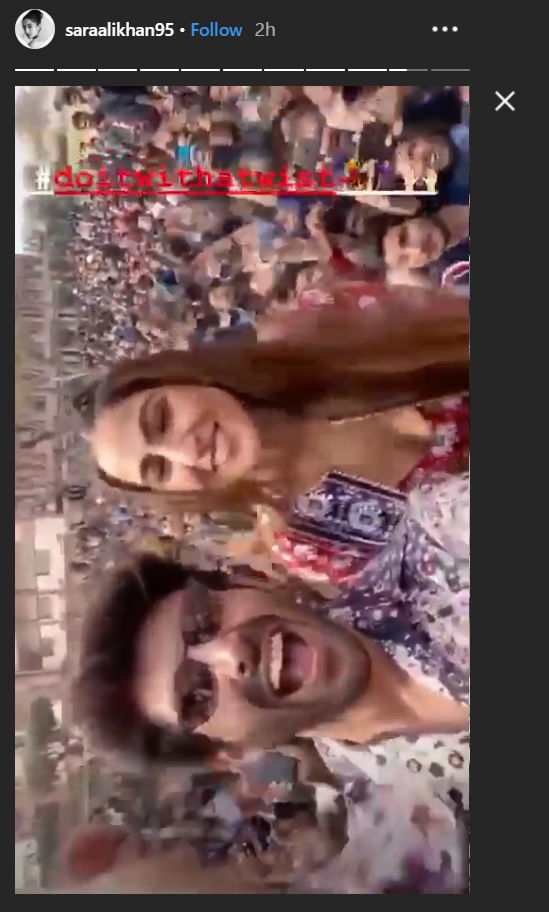 READ | Sara Ali Khan And Kartik Aaryan Converse In Gujarati As They Jet Off To Ahmedabad; Watch 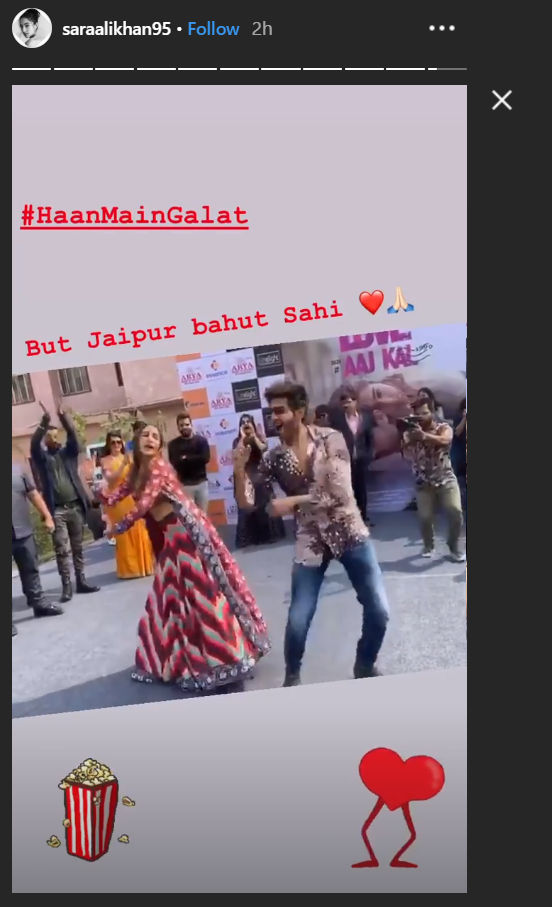 The star cast of the film, Sara Ali Khan and Kartik Aaryan, is busy with the promotions of Love Aaj Kal. The romantic drama also stars Arushi Sharma in the lead. Apart from the lead cast, actor Randeep Hooda will also essay a significant character in the film.

The film is slated to release on Valentine's day, i.e. February 14. Following the same pattern as its previous installment, the sequel will also narrate the love stories from two different eras. The trailer of the film is out and two songs of the film, Shayad and Haan Mein Galat, have become chartbusters.