'Luka Chuppi' actor Kartik Aaryan recently took to Instagram to share a short video of him where he wooed fans with his new look. Take a look at the post here

Luka Chuppi actor Kartik Aaryan recently took to Instagram to share a short video of him where he wooed fans with his new look. Along with the video, the actor also went on to share a caption revealing how he too is obsessed with the post. On seeing the post, netizens went all out to flood the comment section as they praised and lauded the actor’s new hairstyle.

Taking to his Instagram handle, Kartik Aaryan shared a video of himself where he went on to show off his stunning looks to fans. In the video, the actor can be seen striking poses for his upcoming project. The actor can be seen donning a metallic blue shirt and dark blue pants. He completed the look with a watch and white sneakers. In the video, one can also notice Kartik’s new hairstyle. His silky flowy hair can be seen giving the actor such grace and confidence that he looks truly unmissable in it. One can also hear soothing music playing in the background.

Along with the video, the actor also penned a sweet caption. He wrote, “just can’t say goodbye”. Seems like the actor is also obsessed with the video. Check out the post below.

As soon as Kartik Aaryan shared the post online, fans went all out to comment on all things happy and nice. The post also went on to garner heaps of praise and likes from netizens. Some of the users went on to comment nice things about the actor’s new hairstyle, while some also asked him the secret to his silky hair. One of the users wrote, “Ayee yeh lambe baal #killerlook”. While the other one wrote, “konsa shampoo use karte ho? Hume bhi bata apne ghane baalo ka raaz”. Check out a few comments below. 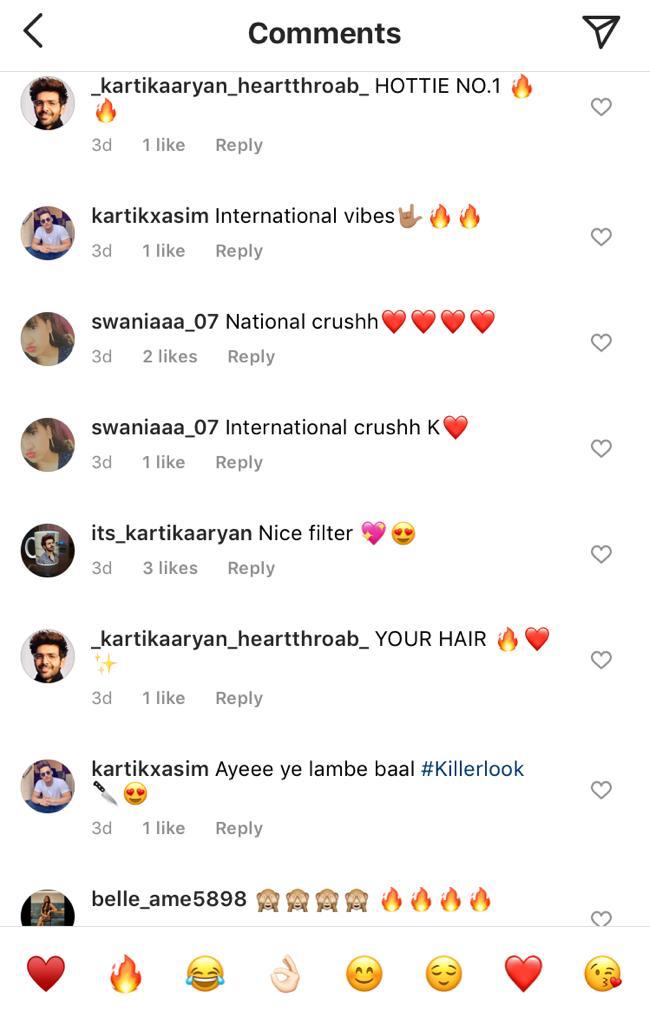 Also read | Kartik Aaryan Shows His Version Of 'inner Peace' And There's A Woman In It; See Pic