Kartik Aaryan recently posted a simple monochrome picture and few fans were quick to call him John Wick for the intense look he had. Read ahead to know.

Kartik Aaryan took to Instagram to post a picture of himself where he can be seen staring into the camera in an intense avatar. The actor looked dapper with his long locks flying and his tailored shirt. Fans too seemed to love the monochrome picture and gave a number of compliments for the actor. The picture posted by Kartik Aaryan gained close to over 2 thousand comments in just two hours of posting the image.

Also Read | Kartik Aaryan Is All Set For 'an Event After Almost A Year'; Shows Of His Swag

Also Read | Kartik Aaryan Shows His Version Of 'inner Peace' And There's A Woman In It; See Pic

Fans seemed to love the dapper look of the actor and one fan even went ahead to call him John Wick. In a few pictures of Kartik Aaryan, the actor does resemble the Hollywood movie character due to his long hair. Thus one fan took the liberty to call out the resemblance the actor shared with John Wick. Besides that, a number of fans were amazed by the picture and complimented him on his style and long hair. Fans seemed to be loving his long-haired look and complimented him heavily on his hair. The mask that Kartik wore for the photoshoot too was something unique which fans seemed to like very much. In the image, Kartik Aaryan can be seen flaunting his watch as he stares into the camera for a pose. Thus the actor, who is known for his quirky captions, added a suitable caption for this post as well. 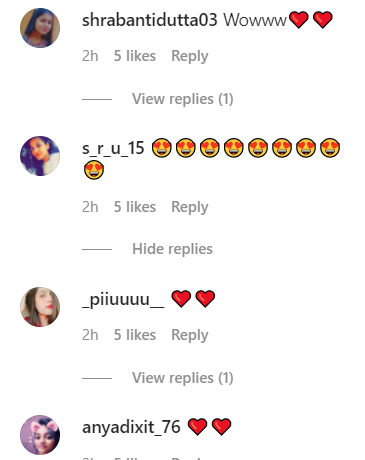 Captioning the image, Kartik Aaryan wrote “Watching you watching me” and thus played on the word “watch” as he was flaunting it in his picture. The post was made as a brand photoshoot for which Kartik Aaryan modelled. Kartik also added a few hashtags of the brand hinting at his stylish watch. He even tagged the brand in the post and completed it with a fire emoji. Kartik Aaryan shared the image to Twitter as well and Gulshan Devaiah too commented on the picture calling him “Sonu ki Titu ki ice ice baby”. On the work front, Kartik Aaryan has his fans eagerly waiting for the release of his film, Dhamaka. The actor dropped a few images from the film which have gotten fans eager to know more about the movie.