Kartik Aaryan was pictured with an injured hand at IIFA Awards press conference. Katrina Kaif was also present at the event. Read more to see his pictures.

He was pictured with a cast on his right hand as he attended the event. Kartik Aaryan looked stylish as ever despite being injured. He opted for a retro brown suit which he wore over a blue shirt and blue printed necktie. He opted for navy blue leather shoes to complete his look. He accessorised his look with black sunglasses as he sported a stubble. Katrina Kaif was also present at the event. Katrina Kaif rocked a black midi dress as she posed with Kartik Aaryan. 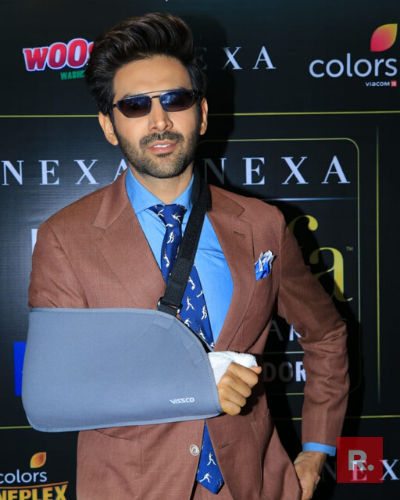 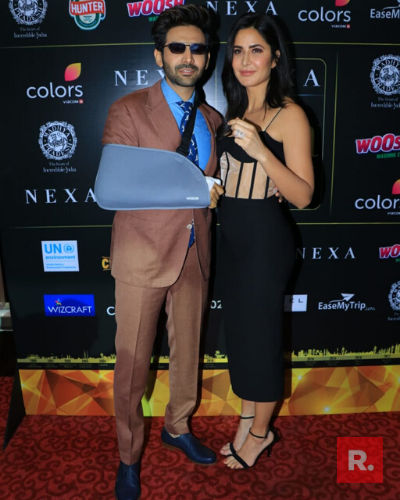 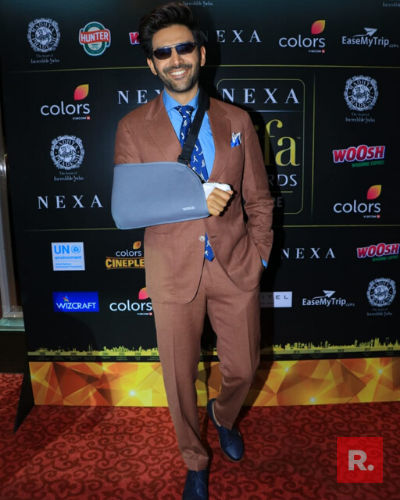 Kartik Aaryan has been very busy with the shoot of his upcoming film Bhool Bhulaiyaa 2 in Jaipur. Because of this, he ignored a minor injury that he sustained during the filming of Love Aaj Kal. Recently, he was admitted for surgery due to a ligament tear in his hand. Fans were left curious about the injury. He was snapped leaving the hospital post-surgery with a cast on his hand.

Kartik Aaryan will be seen next in Bhool Bhulaiyaa 2. He has been roped in to play the lead role which was done by Akshay Kumar in the movie’s first installment. Apart from Kartik Aaryan, the movie also stars Tabu and Kiara Advani in pivotal roles. The movie is expected to hit the big screen on July 31, 2020.