Kartik Aaryan had a question for casting director Shanoo Sharma as he curiously asks her, "Industry Kab Khulegi?" amid the nationwide lockdown; read below

Kartik Aaryan has taken over social media with his epic sense of humour to keep fans entertained ever since the nationwide lockdown was imposed by the Prime Minister of India. From hilarious TikTok videos to his viral 'Koki Poochega' series and alluring selfies, Aaryan surely figured how to ace the social media game, amid lockdown. However, the Luka Chuppi actor seems to miss being on sets as he seeks answers from an eminent casting director regarding the re-opening of the Hindi film industry.

The Sonu Ke Tittu Ki Sweety actor had opted for a rugged look amid lockdown rocking a full-grown beard and unkempt hair. However, on public demand, Aaryan decided to go back to his classic trimmed look with a stubble beard and shared it with his fans on social media. Along with sharing a sun-kissed selfie of himself, flaunting his million-dollar smile, the Pati Patni Aur Woh actor penned a humourous caption for the post by tweaking a popular 'Insta caption' as he wrote, "Felt cute won’t delete later". Check out the post below:

Soon after Kartik Aaryan shared his selfie on Instagram, one of the eminent casting directors of Bollywood, Shanoo Sharma reacted to the post with two laughing emojis in the comment section of the post. Furthermore, a curious Aaryan took the opportunity to ask the casting director, "Madam, industry kab khulegi? (when will the industry re-open?)". Later, Shanoo Sharma too couldn't hold back for getting into a banter with the actor as she replied, "Ji Jald hi!!! I think". 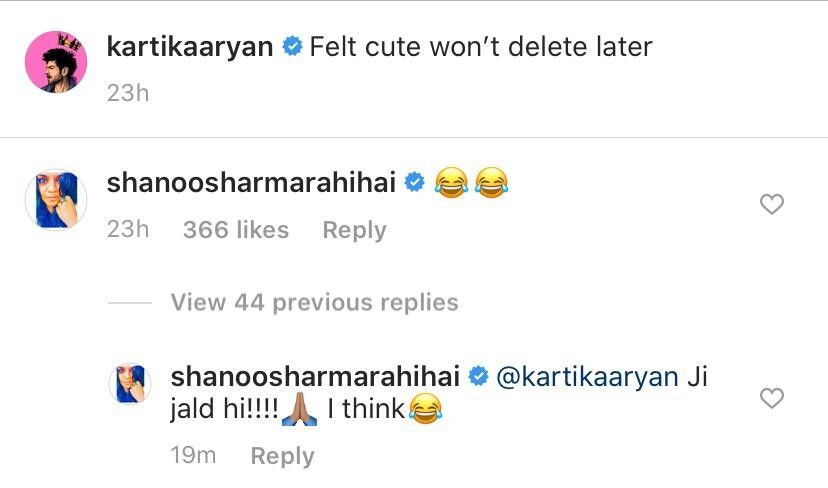 On the work front, Kartik Aaryan was last seen sharing the screen space with his rumoured ladylove Sara Ali Khan in Imitiaz Ali's Love Aaj Kal. However, the romantic-drama could not impress the audience as well as film critics much and received mixed reactions from them. However, Aaryan has multiple films in his kitty including the sequel of Akshay Kumar's superhit film Bhool Bhulaiyaa, titled Bhool Bhulaiyaa 2. He will be seen alongside Kiara Advani and Tabu in the film. The actor has also been roped in for the sequel of the Abhishek Bachchan-John Abraham starrer Dostana, titled Dostana 2.