Kartik Aaryan Spotted Heading Out Of A Dance Class In Mumbai

Kartik Aaryan was recently spotted heading out of a dance class in a local neighbourhood in Mumbai. Read further ahead to know more and see pics of the actor.

Kartik Aaryan has been one of the few actors in Bollywood who has managed to make a name for himself being an outsider. The actor rose to fame due to his impeccable choice of scripts and stellar performances in his films. He is currently enjoying the success of his most recent film Pati Patni Aur Woh starring Ananya Pandey and Bhumi Pednekar alongside him.

Recently he was spotted at a dance studio in Andheri. The Pyaar ka Punchnama actor was seen wearing a full sleeve t-shirt with shades of blue. He wore a simple straight fit denim and completed the look with a pair of multi-coloured sneakers. He was seen getting out and sitting on the hood of his car while posing for the cameras. He was also seen wearing a stylish pair of glasses which complimented his look. Check out the photographs here. 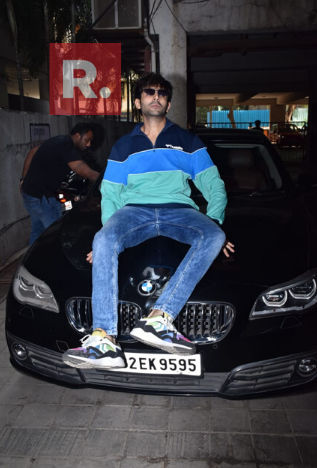 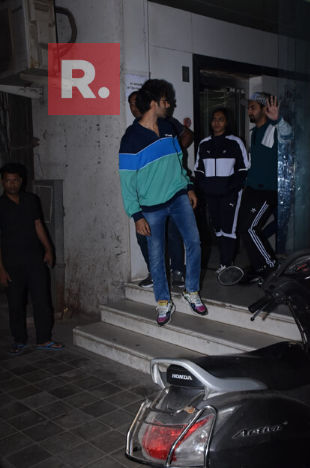 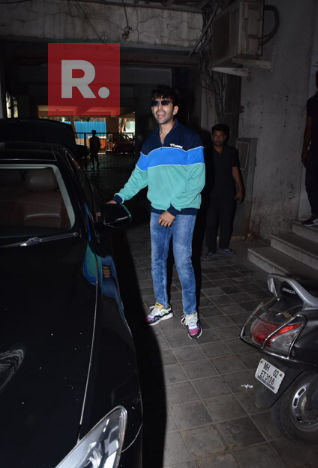 The actor is currently enjoying the success of his film Pati Patni Aur Woh. Kartik is working towards his future projects as of now, which include Bhool Bhulaiyaa 2 and Dostana 2. The actor has been known for his versatility and his amazing acting style. He is currently being praised for the portrayal of his character in Pati Patni Aur Woh. Fans are eager to watch him in his upcoming films and have expressed their excitement over multiple social media sites.