Luka Chupi actor Kartik Aaryan asks his fans to go find the first man who ate the bat in his recent post on Instagram. Read further to know more

Kartik Aaryan has been keeping his fans entertained amidst the coronavirus pandemic through his social media handles. As the unlock process has begun and essential services have opened up, COVID-19 cases are still increasing. Based on that ideology, he recently posted a picture of himself with a quirky caption that received hilarious reactions. Check it out below-

Kartik Aaryan took to Instagram earlier this morning to post a picture of himself with a quirky caption. The actor is wearing a Batman Tshirt while posing for the camera. The picture is a selfie of himself clicked in low lighting. The actor manages to look charming in the pic. His caption for the post read "Jao pehle use dhoond ke lao Jisne pehla Bat khaya" with reference to the first man who got infected with coronavirus after eating a bat. The post seems funny as he wears a Batman t-shirt while captioning about the person who ate a bat. This good-humoured post managed to crack up the followers of Kartik Aaryan and they even commented some dialogues from the recent Gopi Bahu meme in the comments section of the post. Take a look at the Batman post:

Kartik Aaryan managed to crack up the fans with his caption even on a simple selfie. Many fans have used the Kokilaben's Rasoda meme reference to comment on the post. A fan wrote, "main thi tum the kaun tha bat khane vala" in the comment section. Other fans have sent in heart and laughing emojis on the post. Another fan subtly sent a flirty comment mentioning that they can't take their eyes off the picture to even go find who ate the bat. Take a look at the hilarious comments. 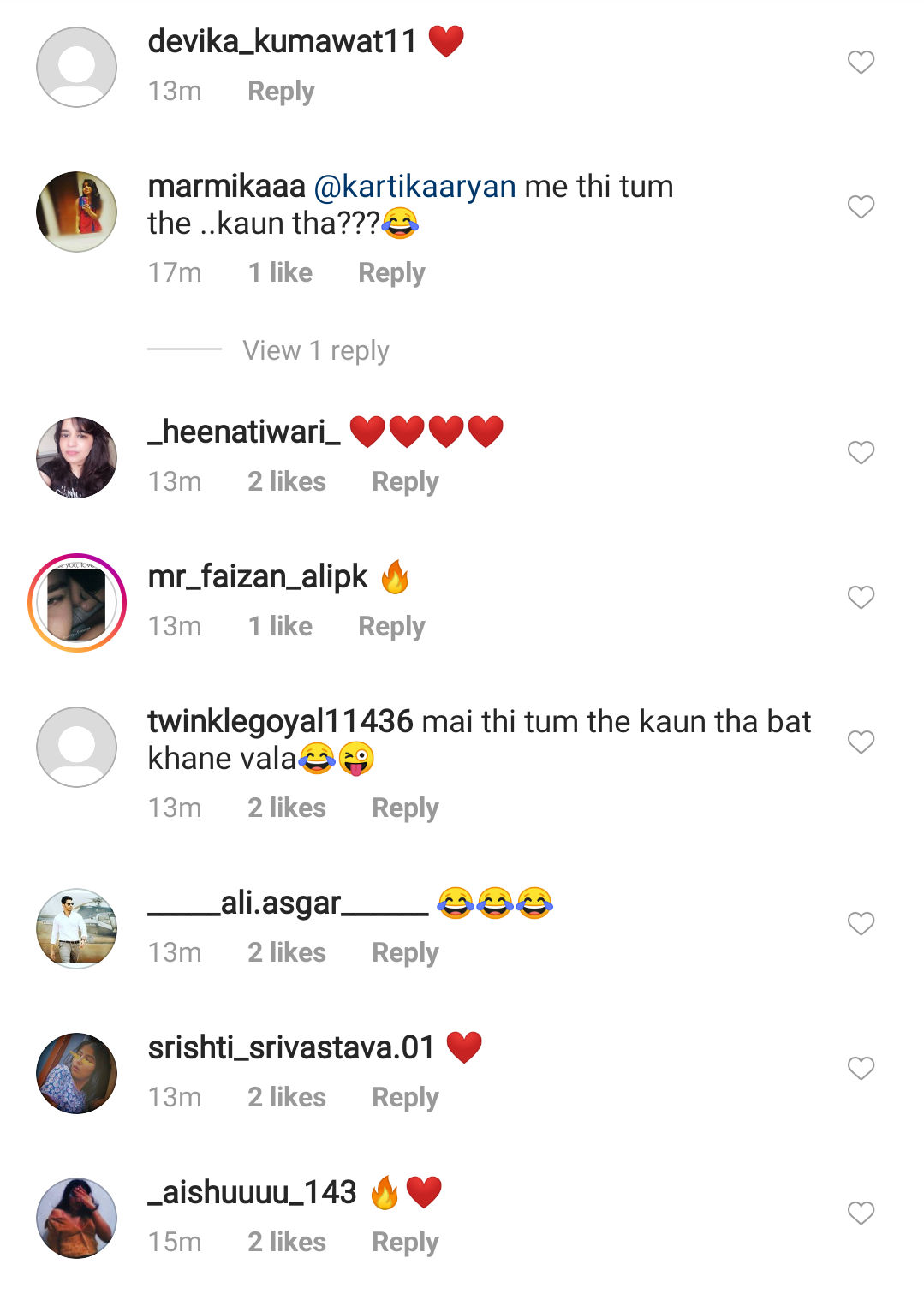 Kartik Aaryan's Instagram is flooded with his pictures with quirky concepts that people can relate to and laugh at. Along with that, he is currently doing many brand promotions while working at home on his Instagram page. He recently shared a picture with a hilarious concept based on the current COVID-19 situation. In the picture, Kartik Aaryan is seen posing with a cat. Both of them are looking away in the same direction as if they are waiting for something. He captioned the picture with," Tom and Jerry waiting for the vaccine. #SocialDistancing" implying that the cat is Tom and he is Jerry while both of them are waiting for the COVID-19 vaccine. The picture received lots of response from the audience because of its out of the box concept.