Katrina Kaif recently shared a picture with Varun Dhawan & Arjun Kapoor showing their reformed club which has an appropriate name. Read to know it and more

Coronavirus or COVID-19 has led to everyone going into self-quarantine mode. Bollywood celebs are also video calling their close ones in this social distancing period. In a photo shared on Instagram, actors Katrina Kaif, Varun Dhawan, and Arjun Kapoor are seen doing the same. They even have a name for their ‘club’. Read to know more.

Katrina Kaif who has more than 30 million followers on Instagram shared a picture with her colleagues, Varun Dhawan and Arjun Kapoor. It seems to be a screenshot from their video call with together. Katrina mentioned that they newly reformed their ‘club’ and given it a suitable name, ‘isolated r us’ and also hashtagged together forever. Take a look at the post. 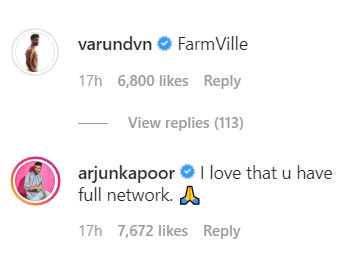 Earlier in a popular talk show, Katrina Kaif said that for some reason Varun Dhawan and Arjun Kapoor started an ‘I Hate Katrina’ club. She stated that she is not joking. Katrina added that she was just walking, minding her own business during the shoot of Maine Pyaar Kiya. She knew why Varun started the club but does not know why Arjun joined it.

Later the ‘I Hate Katrina’ club turned to ‘We Love KK’ club. Arjun Kapoor posted a picture with Varun Dhawan and Katrina Kaif. In it, the two boys are seen giving a ‘Dalmatian trophy to Katrina. Arjun mentioned that they started a new #WeLoveKK fan club. The trophy represented their faithful friendship.

Katrina Kaif, Varun Dhawan and Arjun Kapoor have not appeared together in films. Moreover, the three stars have not shared screen space with each other in any of their films till now. However, their off-screen friendship and bond is adored by many.

On the work front, Katrina Kaif will next be seen in Sooryavanshi. Varun Dhawan’s upcoming film is Coolie No.1. Arjun Kapoor next appears is Sandeep Aur Pinky Faraar. The films have been put on hold due to the current COVID-19 outbreak.