Many celebrities are sharing updates about their current schedule and things that they are doing in the lockdown. Several celebrities are seen indulging in interactive sessions with fans on social media platforms like Instagram and Twitter. Recently, Bollywood actor Katrina Kaif was involved in one such live session on her Instagram. However, it was Indian cricketer Yuzvendra Chahal who caught fans' attention with his comment in the live video.

Also Read | Unseen Pic Of The Day: When Katrina Kaif Looked Like A Queen Posing In Front Of Taj Mahal 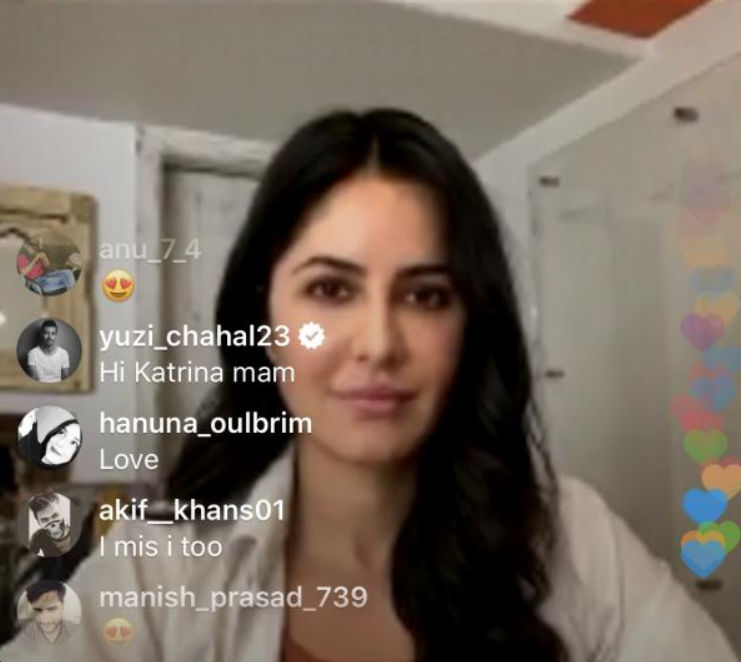 On the work front, Katrina Kaif is all set to feature in Akshay Kumar starrer Sooryavanshi. However, the film’s release was postponed because of the current lockdown in India. She will be seen playing Akshay Kumar’s wife in Sooryavanshi. The actor is also one of the most active celebrities on social media.