Kay Kay Menon has been honoured with the award for 'Most Versatile ' at Dadasaheb Phalke International Film Festival. shares award pictures. 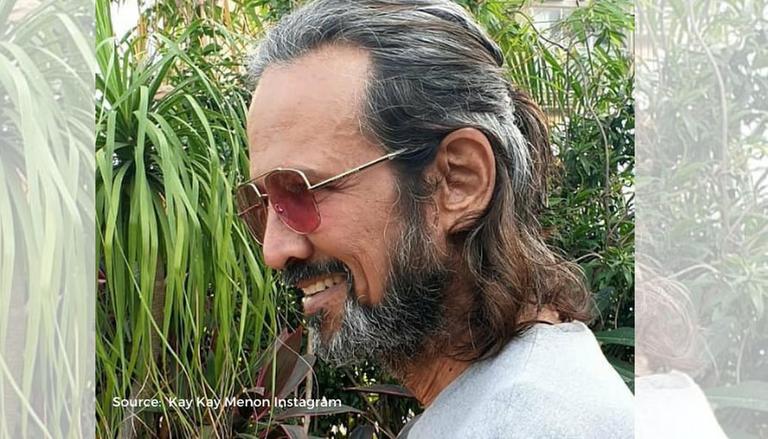 Bollywood actor Kay Kay Menon has been honoured with 'The Most Versatile' award at the Dadasaheb Phalke International Film Festival. Kay Kay Menon's performance in the movies or series he works in has always been appreciated by the audience and now his performance has received International recognition. The took to Instagram to share the news with his fans and also thanked DPIFF for the honour and recognition.

Kay Kay Menon shared two pictures of the award he received at the film festival on his official Instagram page. He received the award for his contribution to Indian cinema under the 'Most Versatile ' category. Along with the picture, Kay Kay thanked the platform for giving him such a big honour by writing  "Thank you!! @dpiff_official" Take a look at his post below:

Kay Kay Menon's fans were delighted with the news and his Instagram comment section continues to pour with congratulatory messages. Many users wrote, "you truly deserve it" and shared their love for the with heart emojis. Actress Prachee Pandya and Aditi Sharma also congratulated the star. Read some of the comments below: 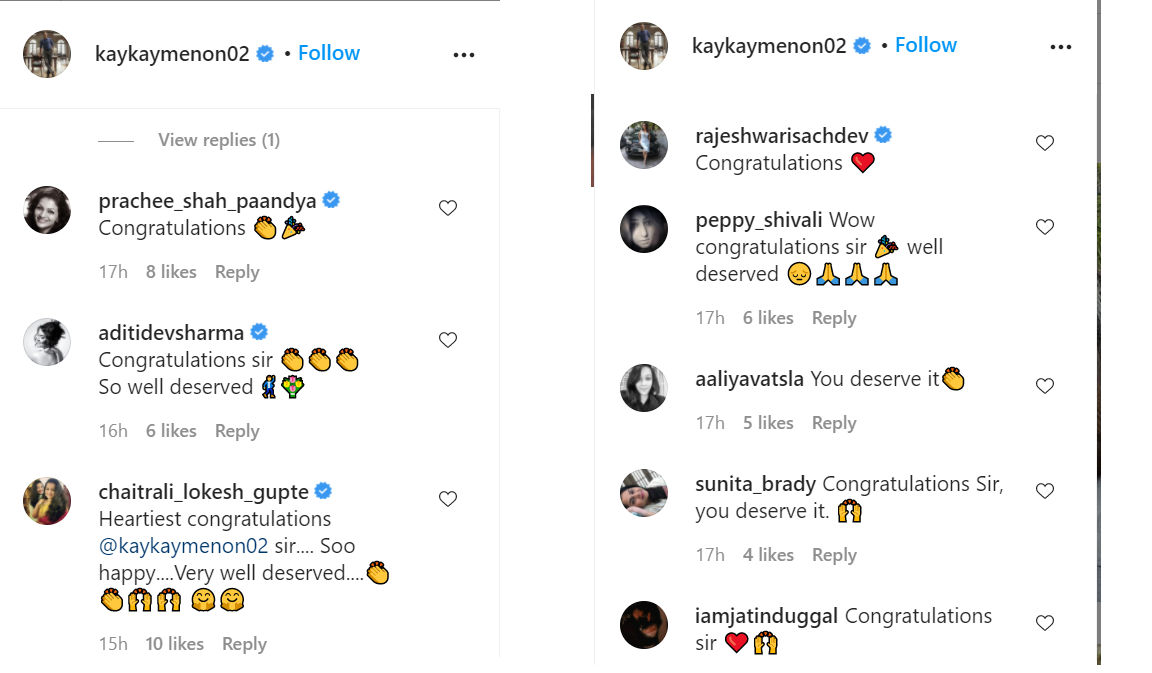 DPIFF is one of India's most prestigious awards ceremony which honours actors and artists who have contributed to the Indian cinema. Prime Minister Narendra Modi wrote a special letter to the winners of DPIFF 2021 felicitating and congratulating the winners. His letter read, "Heartiest congratulations to all the award winners. May the awards inspire various stakeholders to take the art of storytelling to higher levels of excellence. Best wishes for the all-around success of the Film Festival Awards 2021." Take a look at PM Narendra Modi's felicitation letter:

Sir @narendramodi, we are privileged to receive your blessing for the grandeur success of Dadasaheb Phalke International Film Festival Awards 2021. You are a great visionary & also the source of inspiration to ignite the enthusiasm within Youth Team of DPIFF#dpiff2021 @PMOIndia pic.twitter.com/KiFMKZ5Tt5

Other than DPIFF, Kay Kay Menon has received several awards in his huge career spanning around 30 years. He last received the IIFA Award for best in a negative role and Filmfare Award for best supporting for his performance in 'Haider.'

On the work front, Kay Kay Menon will soon return to screen as RAW agent Himmat Singh in Neeraj Pandey's 'Special Ops: 1.5.' The Disney+Hotstar series 'Special Ops' was a huge success and people gave a lot of love to the stars of the web series. Talking about the show, Kay Kay shared in an interview, "If you thought that you had seen the best of Himmat Singh, you need to wait for 'Special Ops 1.5' - it is a terrific redemption story! While it's not a prequel to 'Special Ops', there is some interesting about the character that will unfold. As an actor, I strive to do different things and being part of a new universe is very exciting." The unveiled the first poster of 'Special Ops:1.5' a few weeks ago on Instagram.

Also Read: Not 'Special Ops' 2, But '1.5' As Kay Kay-Neeraj Pandey Give Sneak-peek Of Sequel's Plot