Denim is a piece of clothing that can never go out of style. Bollywood actors and style icons like Kiara Advani and Kriti Kharbanda have always come up with newer and updated trends on several occasions. Both the stars have been seen in similar olive green denim. Let us check out their denim game here: 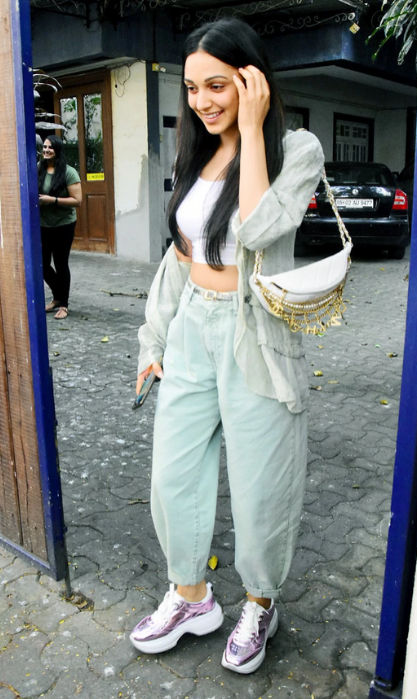 Kiara Advani opted for an olive green ensemble as she stepped out of the house. The Kabir Singh actor wore a white crop-top which she teamed with an olive green jacket. The fashion combo was paired with matching denim joggers.

Kriti Kharabanda opted for a similar casual ensemble. Instead of opting for a normal white crop-top, the diva opted for a sleeveless top. The top was paired with olive green denim joggers similar to Kiara Advani's.

Kriti Kharabanda accessorised her look with a sneaker and a black sling bag. Quirky sunglasses rounded off the look. The Housefull 4 actor completed her look with minimalistic makeup and her sleek hair left open.

What's next for Kiara Advani?

On the professional front, Kiara Advani will next feature in Laxxmi Bomb opposite Akshay Kumar. It is a horror-comedy movie and the remake of the South film Muni 2: Kanchana. The actor will also be seen in a biographical war action film Shershaah opposite Sidharth Malhotra.

What's next for Kriti Kharbanda?