Kirti Kulhari recently took to her social media to share a picture of her being bestowed with Himachali gifts by the locals during her recent trip. See Pics.

Kirti Kulhari is currently basking in her joyful trip in Dharamshala, Himachal Pradesh. The actor recently took to her social media to share some of the Himachali gifts she received from the locals of the place. The actor could be seen all smiles for the beautiful picture as she showcased her presents.

Also Read: Kirti Kulhari's First Attempt At Riding A Bike Has Everyone Freaking Out; Watch

Talking about the pictures, Kirti can be seen posing for a lovely click in two pictures against the backdrop of a bricked wall which presumably is her hotel. The Mission Mangal actor can be seen further donning a full-sleeved blue and grey attire with black pants and shoes. She can be seen pairing it up with a golden colored printed Himachali cap along with a grey and red printed shawl.

In the caption of the post, she stated, 'When Himachalis shower u with all their love and their local gifts' along with a smiling and a lovestruck emoji. She further described her gifts and wrote, 'Their signature cap and this beautiful shawl.'

She also wrote a 'Thank You' to the locals for bestowing her with these gifts along with a folding hand and several red heart emojis. Some of her fans also reacted to the post dropping some heart emojis. Take a look at the post shared by the Indu Sarkar actor along with the fans' reaction to the same. 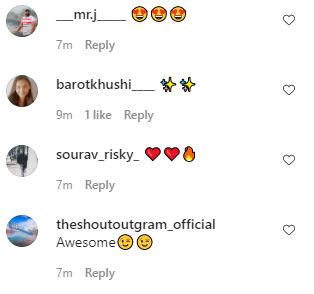 Meanwhile, Kirti had recently also taken to her social media to share a story of a video of herself riding a bike for the first time during her Himachal Pradesh trip. In the video, the actor can be seen riding a bike while she says “yes guys”. A man can also be seen sitting behind the actor in the video who is “freaking out” as he mutters “dekh dekh dekh”. Take a look at one of the stills from the video shared by the Uri: The Surgical Strike actor.

Also Read: Kirti Kulhari Shares Her 'understated Happiness' As She Travels To Dharamshala 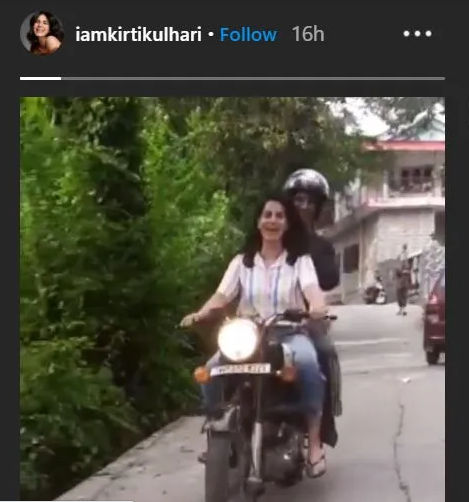 The actor was last seen in Four More Shots Please 2, which premiered on Amazon Prime Video on April 17, 2020. The show had received a great response from fans for highlighting many controversial subjects like bisexuality, single-motherhood, and woman empowerment. The series cast Maanvi Gagroo, Sayani Gupta, Kirti Kulhari, and Bani J as the lead characters and followed the lives of four female friends from different walks of life, as they deal with romance, work-life conflicts, ambitions, and anxieties of modern life.