After sharing a "Bhukkad" photograph with beau Pulkit Samrat to wish him on Valentine's Day 2021, actor Kriti Kharbanda has now shared a rib-tickling '#blooper' video of herself from one of her virtual interviews on Instagram Reels. The Taish actor reposted one fan-edited video of herself on her Instagram handle to joke about her "That moment". In the video, on being asked about wearing "proper pants", Kriti gives a cute yet hilarious reaction which wins netizens' hearts.

Kriti Kharbanda's blooper video is all things funny and relatable

On Tuesday, i.e. February 16, 2021, Kriti Kharbanda took to her Instagram handle to showcase her '#zoomlife' in a BTS video from one of her virtual interviews. In Kriti Kharbanda's video, the polyglot actor was asked by the interviewer whether she was wearing "proper pants" for the interview. In her response, the 30-year-old stuck her tongue out as she looked down and admitted wearing pyjamas instead of pants. The video was edited by one of Kriti's fan pages and the Pagalpanti actor 'loved the edit' so much that she decided to share it with millions of her fans on Instagram.

Sharing the video on Instagram Reels, Kriti captioned the post writing, "That moment @kriti.kfc love the edit #bloopers #zoomlife" followed by multiple laughing-face emojis. Soon after the funny video surfaced on Instagram, it was quick to catch netizens' attention and left them in splits. Within an hour from posting, the Kriti's IG Reel garnered over 320k views and 60k likes.

Ardent fans of the SIMMA Award-winning actor also flocked to the comment section of her post to react to the blooper video. While one user commented writing, "How cute is ur expression", another wrote, "Ha ha ha gotcha". Check out some more reactions by netizens below: 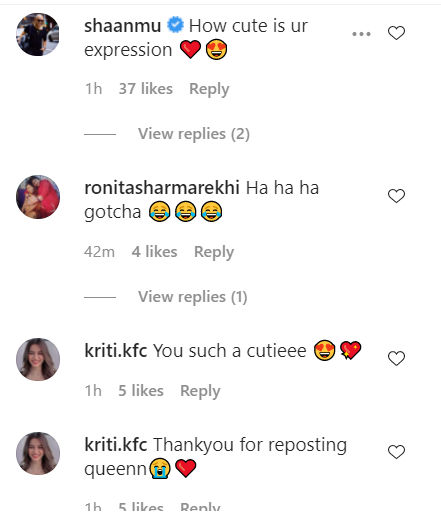 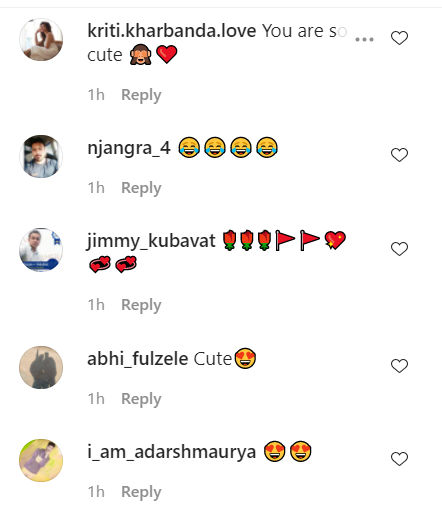 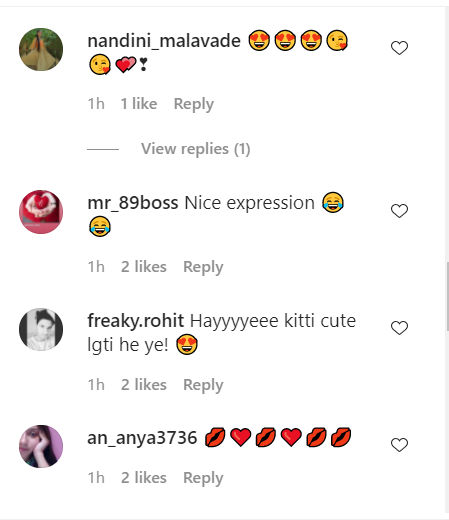 Meanwhile, after basking in the success of the Bejoy Nambiar directorial Taish, wherein she starred alongside an ensemble cast including beau Pulkit Samrat, Kriti Kharbanda will next be seen alongside Vikrant Massey in the upcoming social comedy-drama, 14 Phere. The Devanshu Singh directorial also stars Vinay Pathak and Gauahar Khar in key roles. 14 Phere is slated to hit the big screen in July this year.