Kriti Sanon's Instagram Posts That Show Off Her Flattering Height

Kriti Sanon's Insta photos where she showed off her flattering height by wearing floor-length dresses. Check out the fashionable posts she shared.

Bollywood actor Kriti Sanon is known for her fashion sense and her acting skills. The actor who has over 31.2 million followers on her Instagram account is often seen wearing designs that can be easily replicated by the masses. Check out a few pics where Kriti Sanon shows off her flattering height in floor-length dresses.

ALSO READ| Kriti Sanon Opens Up About Domestic Violence & It's Importance Of Reporting It; Watch

Kriti Sanon can be seen wearing a mesmerising emerald floor-length gown. The velvety gown has ruffles on the top and a V neckline. The flattering outfit looks amazing on Kriti Sanon due to the perfectly placed cutouts on her outfit

Kriti wore a melting breezy summer cape over a coordinated trouser in this Instagram post. Her curly tresses went well with the boho vibe that she was aiming for. 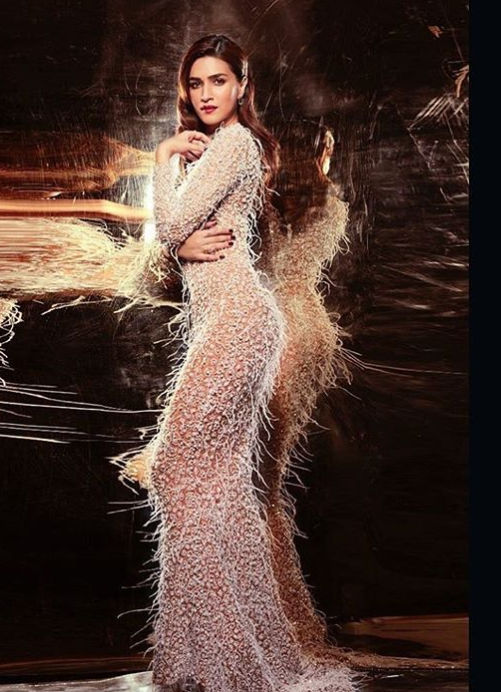 Kriti Sanon sported a high neck kurta during the promotions fo her movie Panipat. Her brown shiny hair is definitely the highlight of her look while the black colour makes her look even more taller than she is.

Kriti sported an all-white attire where she wore a white cape over a white tucked-in shirt. She paired a white skirt with her look while she is wearing silver chunky jewellery for neckpiece.

PEOPLE HAVE PLEDGED SO FAR
LATEST NEWS
View all
2 hours ago
Maanvi Gagroo receives apology from the fashion brand that used her pic & body shamed her
2 hours ago
Raveena Tandon wishes her parents on 54th wedding anniversary, shares throwback pics
1 hour ago
Kriti Sanon gets poetic with random thoughts amid lockdown, calls herself 'old soul'