Bollywood singer Kumar Sanu was recently tested positive for COVID-19. His fans seemed worried and filled his comment section with their prayers.

Bollywood singer Kumar Sanu, popularly known as the King of Melody, recently tested COVID-19 positive. His team shared the news with his fans on his official Facebook account. Fans have sent their prayers and get well soon messages in his comment section. Take a look.

Popular singer Kumar Sanu, known for his songs from Ashique, was recently tested positive for COVID-19. His team took to his Facebook account to inform the fans and his colleagues about the same. They have written, "Unfortunately, Sanuda has tested Corona positive, please pray for his good health. Thank you. Team KS." However, no details about how the singer is asked to stay home quarantined or has been admitted to the hospital. Take a look at the post:

Kumar Sanu's fans filled his Facebook comment section with loads of comments. A fan said that he is lucky to be a 90s kid to see the singer's melodious music journey. Many fans have asked him not to worry and recover as soon as possible. A fan says he needs to recover soon as the music industry needs him. Another fan says that he is upset as the fan had sung a lot of songs of Kumar Sanu when he was in college. Take a look at the comments: 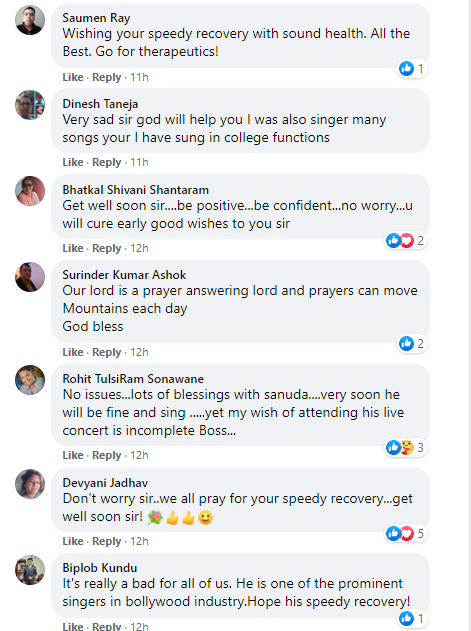 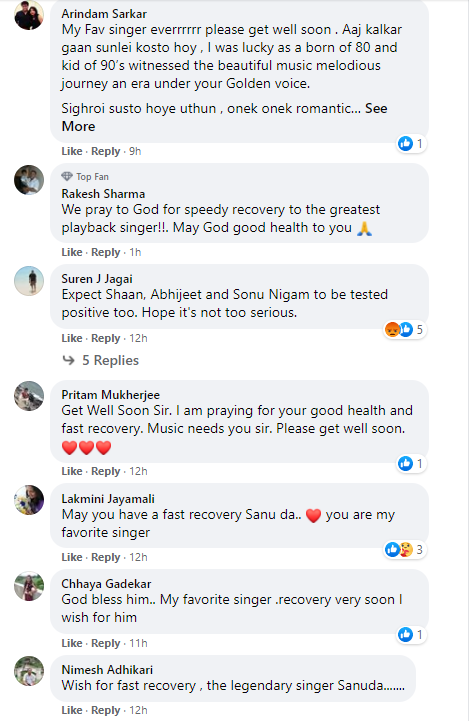 Kumar Sanu on the work front

Kumar Sanu has served the Bollywood industry for more than four decades. The singer has not only sung Hindi songs but has also been a playback singer across various languages such as Bengali, Marathi, Telugu, Kannada, among many others. Over the years, more than 40 of his songs featured in BBC's Top 40 Bollywood Soundtracks of all time.

He recently released a single called Suno Apni Dil Ki during the COVID-19 lockdown. He will also be seen in Colors TV's music reality show Jammin. The show recently premiered on October 10 and has 8 Bollywood singers along with 8 digital singers who will sing together in the show. RJ Anmol will be hosting the show.