Kunal Kemmu's Holi 2020 Was Special, Thanks Daughter Inaaya For THIS Reason

Kunal Kemmu recently took to Instagram to share a glimpse of his Holi party. And seems like he had a blast this Holi and it was all because of his daughter

Holi this year was celebrated in India on March 10 and social media was flooded with post of actors celebrating the festival with their loved ones. Seems like the Holi fever hasn't reduced yet as celebrities continue to share pictures from their Holi bash. Actor Kunal Kemmu also shared an adorable post thanking his daughter Inaaya Naumi Kemmu for making his Holi worthwhile.

Kunal Kemmu recently took to Instagram to share a glimpse of his Holi party. He posted a picture where he is seen holding a plate filled with colours while Inaaya Naumi Kemmu and her friend are prepping to throw colours on each other. Along with this adorable picture, Kunal Kemmu wrote a sweet caption where she thanked his daughter Inaaya Naumi Kemmu for helping him revive his childhood memories of Holi.

He first wrote thanking both the kids in the picture as they made him remember his childhood days. He also revealed that he hadn't played Holi for over 12 years and then thanked his daughter, Inaaya Naumi Kemmu as he attended her friends Holi party where he had lots of fun. Check out Inaaya and Kunal's Holi 2020 pic below.

Soha Ali Khan also shared a few pictures on her Instagram story where one can see Kunal Kemmu and Inaaya Naumi Kemmu having lots of fun with the pichkari. The other picture shows Kunal having fun with his friend. Check out a few pictures below. 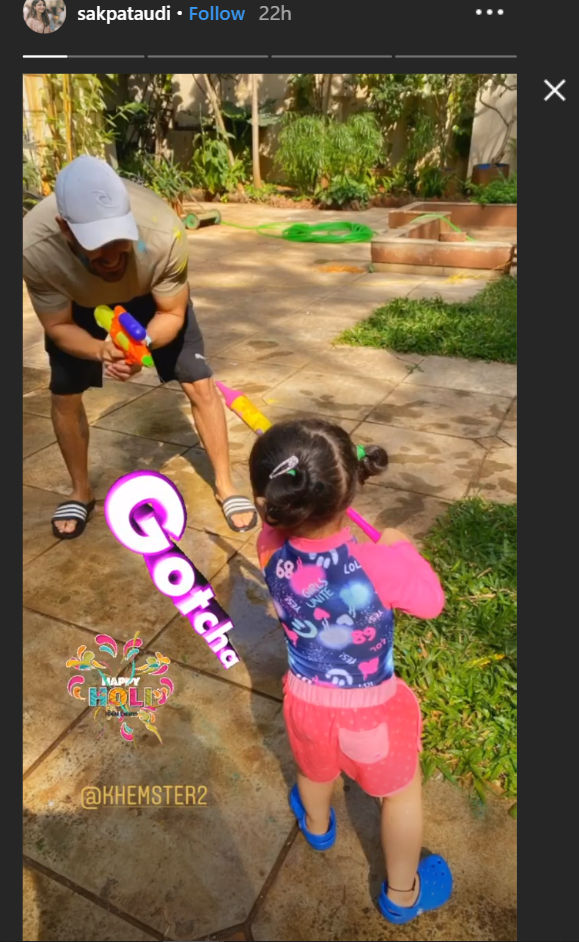 Also read |  Kunal Kemmu Talks About Depression, Wonders Why A 'Like' On Social Media Is So Important Kunal Kemmu was recently seen in the Aditiya Roy Kapur starrer Malang alongside Disha Patani and Anil Kapoor. Kunal Kemmu played the role of Michael Rodrigues and was lauded for his acting skills in the film. Kunal Kemmu will soon be seen in Go Goa Gone 2. The film will also star Saif Ali Khan, Vir Das and Anand Tiwari in pivotal roles. The film is expected to release in March 2021.