Kunal Kemmu took to his Instagram account to share a video of his impromptu dance on the song 'Mai Dekhu Teri Photo'. Watch the video here.

Amidst the coronavirus lockdown, Bollywood actors have been encouraging their fans to stay at home during this crisis and make the most out of the quarantine period. Many Bollywood actors have taken it upon themselves to keep their fans entertained. Actor Kunal Kemmu keeps sharing adorable pictures of his daughter Inaaya, but this time, Kunal gave his fan a glimpse of his amazing dance moves.

Also Read: Kunal Kemmu Trains With 'the Best In The Business', Shares The Cutest Workout Video

On May 08, Kunal Kemmu took to his Instagram account to share a video of himself grooving to Kartik Aaryan and Kriti Sanon's song Main Dekhu Teri Photo from the film Luka Chuppi. The Malang actor in the caption of the video mentioned that somewhere between painting, singing and doing online classes with his daughter, he learned that dancing when no one is watching is not only therapeutic but also pretty cool.

Kunal Kummu captioned the picture saying "Somewhere between painting singing dancing and doing online classes with the toddler I learnt that dancing when you don’t want to impress and when no one is watching is not just therapeutic but also looks pretty coolðŸ˜Ž no look no choreography no plan. Just let the music guide your body and mind #barefoot #impromptudance".

Here is a look at Kunal Kemmu's dance video

The video immediately captured everyone's attention and Kunal Kemmu's fans flooded the comments section of the video. Not just the fans but also actor Amruta Khanvilkar commented on the video saying "Oooohhhhhhh some moves there ðŸ˜". Here is a look at some of the comments on Kunal Kemmu's video. 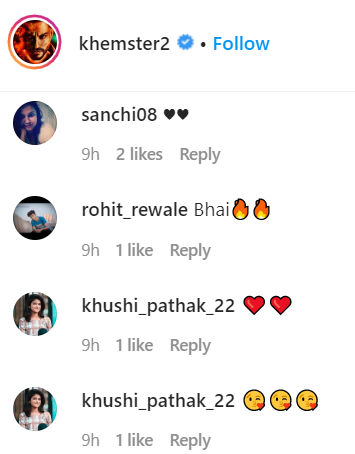 Kunal Kemmu is quarantining with his wife Soha Ali Khan and daughter Inaaya. The actor recently also posted a video of himself showing off his guitar and singing skills. Watch the video here:

On the work front, Kunal Kemmu was last seen in the film Malang, directed by Mohit Suri. The film features Disha Patani, Aditya Roy Kapur and Anil Kapoor in the pivotal roles. Malang was produced by Luv Ranjan, Ankur Garg, Bhushan Kumar, Krishan Kumar and Jay Shewakramani. The film hit the screens on February 7, this year and received several positive reviews from the audience.

PEOPLE HAVE PLEDGED SO FAR
LATEST NEWS
View all
2 hours ago
'Man isn't a season, yet he changes': Anupam Kher ponders over the nature of change; Watch
3 hours ago
Akshay Kumar worked in many movies that were shot in London; See list here
34 mins ago
Unseen pic of the day: Sara Ali Khan is busy with her phone as Imtiaz Ali looks on
1 hour ago
Esha Gupta deletes all her Instagram posts but keeps one, Read details here
2 hours ago
Lisa Haydon flaunts sunburn after hiking at a scenic spot in Hong Kong; See pic inside