At Lakme Fashion Week 2020, Sunny Leone asks her fans to wear PETA-Approved Vegan labelled brands to prevent cruelty to animals. Read on to know more about it.

Sunny Leone is an avid supporter of PETA, People for the Ethical Treatment of Animals in India. Time and again she had spoken up about the cruelty to animals for leather and fur. This year, at Lakme Fashion Week’s Sustainable Fashion Day, unveiled her new advertisement for PETA.

The ad which was unveiled at Lakme Fashion Week shows Sunny Leone’s skin being “torn off”. It is a reference to the billions of cows, buffaloes and other animals who are killed and skinned for the global leather industry. The ad was shot by Avinash Gowarikar. 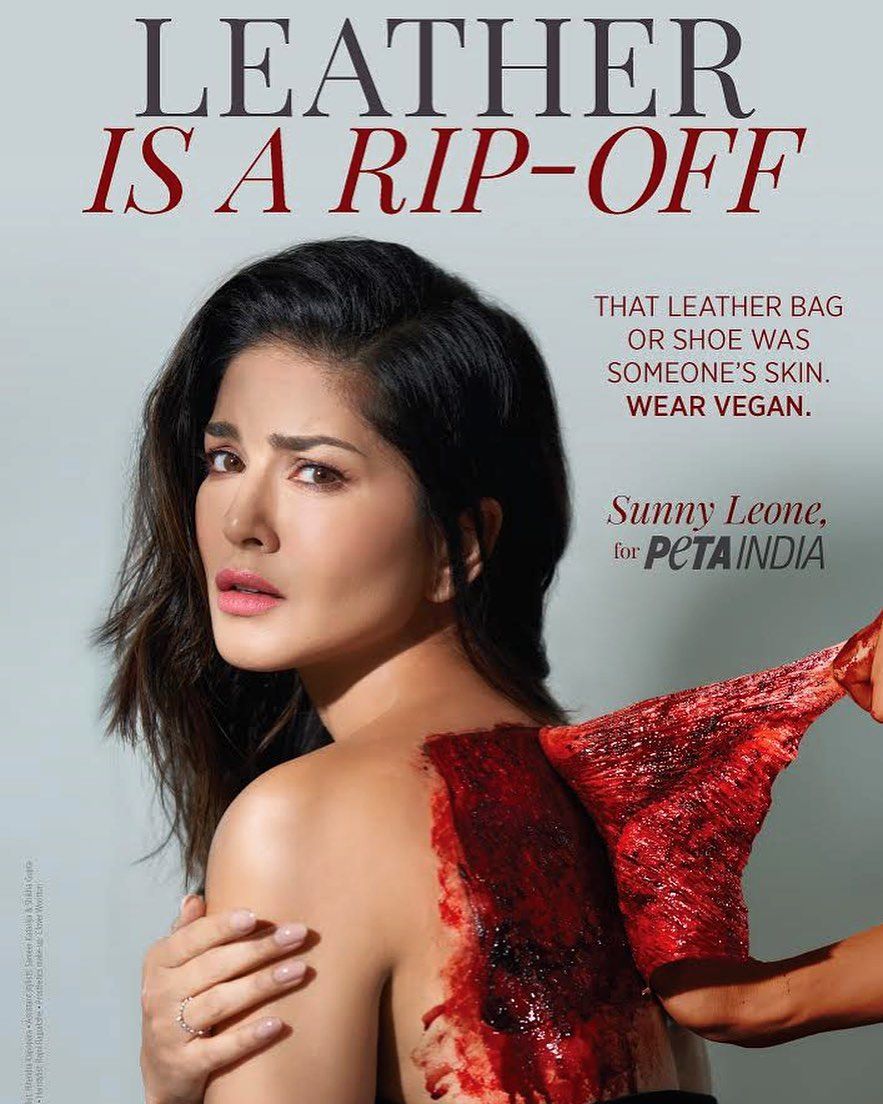 Talking to the press present at the Lakme Fashion Week, Sunny Leone reportedly said that now people have the option of choosing from the many vegan clothes and accessories brands that are coming up. She finds no reason to go for animal skin. She also added in Lakme Fashion Week's press event that after hearing about the atrocities committed towards the animals in the leather industry she has started avoiding leather. She also urged her fans to follow her example. Sunny Leone has been named PETA India’s Person of the Year back in 2016. She was also a part of the anti-fur, pro-vegetarian, and dog and cat sterilisation campaigns of PETA India.

PETA India is an organisation who protects animals against cruelty. Their motto is “animals are not ours to wear”. The organisation says that vegan and animal-friendly options are available now. To help people identify products that are animal-friendly, they also sell vegan products with the logo “PETA-Approved Vegan”.

According to reports of PETA and other animal-friendly organisations, animals in India are subjected to utmost cruelty. They are reportedly crammed into large vehicles which sometimes even break their bones. Those who made it alive to the tannery, are sometimes dismembered or skinned while being alive. Others are killed in the full view of other animals. The tanneries also reportedly use toxic chemicals to preserve the animal skins and hides and prevent rotting. These are then dumped into the water bodies. These chemicals can cause cancer while the waste from leather production can cause skin and respiratory disorders in those working or living near the factories.

Also Read: Lakme Fashion Week 2020: Here Are The Designers To Look Forward To