Maanayata Goes On A Lunch Date With Son Shahraan, Writes 'love You To The Moon And Back'

Maanayata Dutt does not hesitate from indulging in some PDA with her kids. Her recent Instagram post with her son Shahraan is proof of the same.

Maanayata Dutt spent some quality time with her son Shahraan. Sanjay Dutt’s wife took to Instagram and shared a picture of herself with Shahraan. Along with the post, Maanayata also revealed through hashtags that she and her son clicked this picture during a lunch date. Find out more details about this story below.

Recently, Maanayata Dutt shared an adorable picture with her son Shahraan Dutt. In the picture, Maanyata and Shahraan are posing for a selfie. While Maanyata Dutt is wearing an off-white outfit with a bedazzled headband, Shahraan is wearing a black sweatshirt and the mother-son duo are smiling at the camera. Along with the picture, Maanayata wrote, “Son…love you to the moon and back”. Take a look at Maanayata Dutt’s Instagram picture with Shahraan Dutt here.

The moment Maanayata Dutt posted the picture, her fans were quick to comment on it. Many fans chose to express their love with a bunch of emojis.  While another fan simply wrote, “too cute” in the comment section of this Instagram post. Take a look at all of these comments on Maanayata Dutt’s Instagram post here. 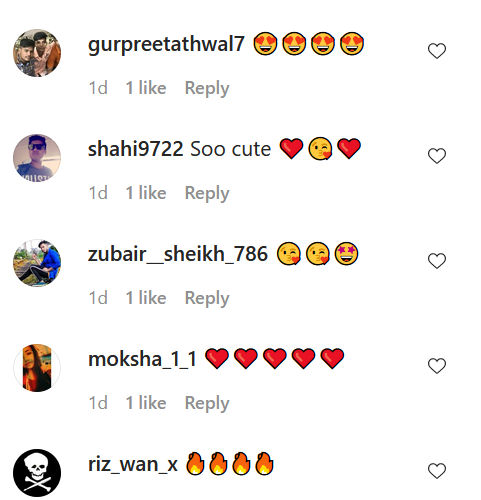 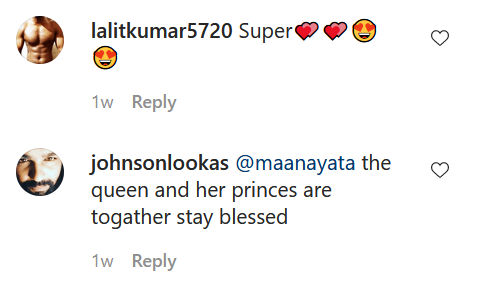