Bollywood actors never fail to keep their best foot forward when it comes to fashion. Be it casual or athleisure, style icons like Malaika Arora and Katrina Kaif have always given major fashion goals to their fans. Previously, both the divas were spotted in the exact same athleisure. Read on to know more about their looks.

Malaika Arora was spotted in a multi-coloured block tracksuit while stepping out from her gym. The diva can be seen holding a water bottle and a phone in her hands. Malaika Arora’s tracksuit features shades of white, blue and yellow in block patterns. The fashion combo was worn over a white top. The star accessorised her look with comfortable footwear. Hair tied in braids completed her sporty look. 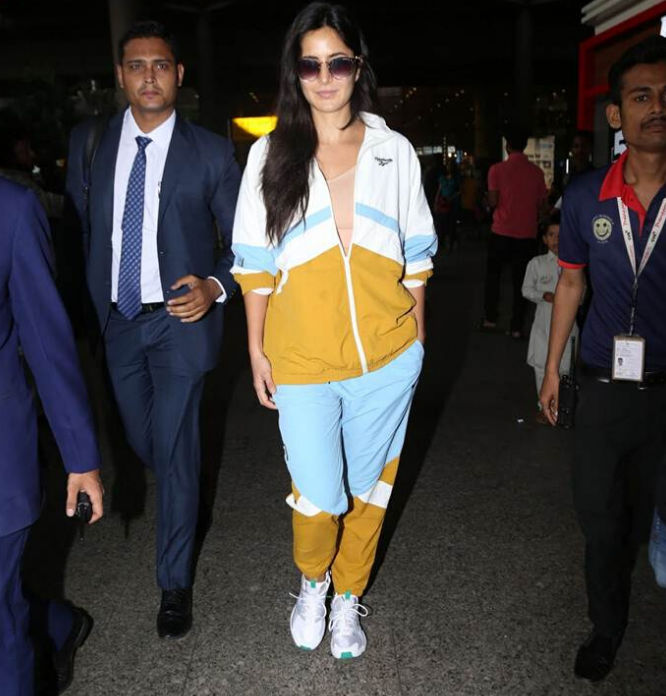 On the professional front, Malika Arora is currently one of the judges of India’s Best Dancer. The reality dance show airs on Sony Entertainment Television Channel. The shooting of the show is on a standstill due to coronavirus. Along with Malaika Arora, Geeta Kapoor and Terence Lewis judge the show. Comedian Bharti Singh and husband Harsh Limbachiyaa are the hosts of the show.