Rahul Khanna recently stared a humourous banter with actor Malaika Arora. He accused her of copying his pose, but Malaika has a witty response to hit back with

Rahul Khanna accuses Malaika Arora of stealing his pose, she then responds with a coronavirus PSA 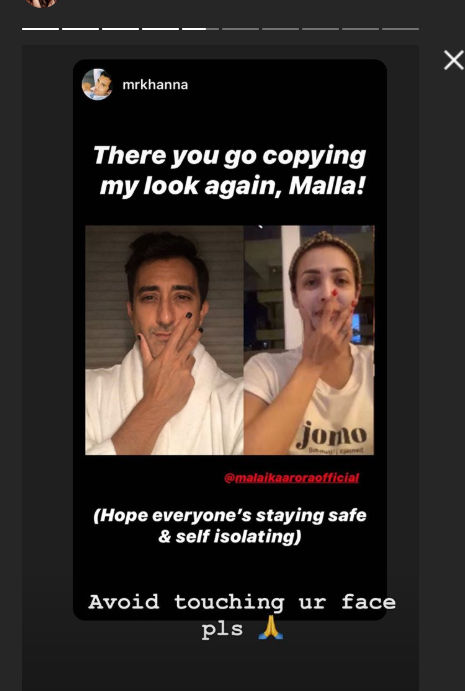 Malaika reposted Rahul Khanna post on her Instagram story and provided a smart response. In her retort, Malaika told Rahul Khanna to avoid touching his face. This is actually a true fact, as touching your face without washing your hands is not advisable amid the Coronavirus outbreak.

Malaika Arora's social media is full of posts about the Coronavirus pandemic. Just a few days ago, the actor asked her fans to stay healthy and gave them yoga tips to help them stay fit during their home quarantine. She also said that now, more than ever, it was essential to stay fit and healthy to ward off the virus.