Mallika Sherawat Poses In The Balcony Wearing Nothing But A Towel, See Pic

On February 19, 2021, Mallika Sherawat shared yet another string of images wearing nothing but a towel while she posed in a balcony. See the pictures here-

On February 19, 2021, Mallika Sherawat took to her Instagram handle to share pictures wearing only a towel. The actor had shared similar pictures a week ago while she was at a getaway in Kolkata. The Murder actor can be seen wrapped in a white towel as she posed for the pictures on a balcony.  She added three pictures and the actor did not shy away from posing in a towel flaunting her bare back. While she added a couple of pink flowers in the caption, she added many positive affirmative hashtags some of which said ‘lead with love’, ‘live in the moment’, ‘explore yourself’, and many more. Check out Mallika Sherawat's photos on Instagram-

As Mallika Sherawat added the pictures, her look made her fans go frenzy in the comment section. There were a huge number of people who commented with several fire emoticons and red hearts or heart eyes emoticons to illustrate their compliments for her look. The followers went ‘wow’ in the comments and added compliments that said ‘beautiful’ and ‘gorgeous’. Check out the comments on Mallika Sherawat's Instagram post here- 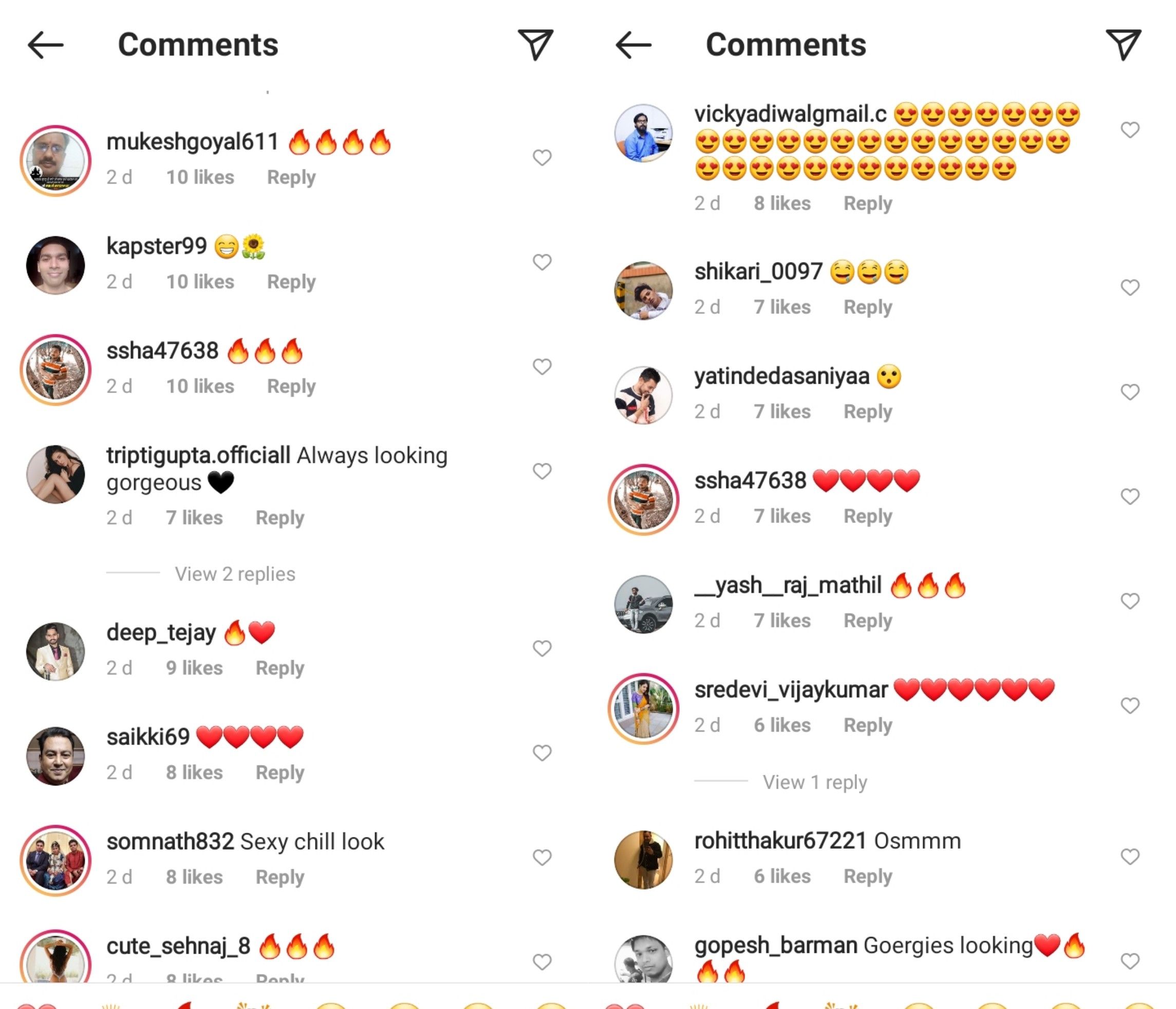 Mallika Sherawat's another sexy avatar from her Kolkata trip

Malika Sherawat has been constantly treating her fans with snippets from her trip to Kolkata. This was not the first time she added the sexy avatar from the room. She posed for yet another string of sizzling pictures in one of her posts in which she can be seen  wearing a blue satin nightwear. She posed for the picture indoors sitting on her bed and gave a few relaxed poses. She accessorized herself with a wristwatch and captioned the Instagram post with a couple of blue butterflies. Check out Mallika Sherawat's photos from her Instagram-

Know about Mallika Sherawat's movies and other works

Before entering the film industry, Mallika Sherawat appeared in television commercials with Amitabh Bachchan for BPL and Shah Rukh Khan for Santoor. She debuted in films with a small role in Jeena Sirf Mere Liye which starred Tushar Kapoor and Kareena Kapoor in lead roles. Sherawat bagged her first major role in the film Khwahish in 2003 starring in the lead role alongside Himanshu Malik. Then she starred in the erotic romantic thriller film Murder in 2004 alongside Imran Hashmi and Ashmit Patel. She started to gain recognition for her bold onscreen attitude in the film and she earned a nomination for Best Actress at Zee Cine Awards for essaying the role of Simran.

Also Read: Mallika Sherawat Relaxes In Between Her Shoot In Kolkata, Shares Picture

In 2005 she acted in a Chinese film The Myth costarring with legendary actor Jackie Chan, which was her first international film. Sherawat made her Hollywood debut with Jennifer Lynch’s horror film Hisss, co-staring with late Irrfan Khan. Her other popular films include Pyar Ke Side Effects, Aap Ka Suroor- The Real Love Story, Welcome, Double Dhamaal, and many more. She was last seen in the horror-comedy web series Booo Sabki Phategi helmed by Ekta Kapoor which released in June 2019.