'May Your Josh Be High': Bollywood Stars Extend Birthday Wishes To Vicky Kaushal

As heartthrob Vicky Kaushal ringed in his 32nd birthday on May 16, scores of his friends and colleagues from Bollywood fraternity showered their love

As Bollywood's heartthrob Vicky Kaushal ringed in his 32nd birthday on May 16, scores of his friends and colleagues from the film fraternity showered their blessings on the birthday boy. Several Bollywood celebs shared memorable throwback pictures from the past to commemorate the special day with happiness. Kiara Advani, Yami Gautam, Katrina Kaif were a few stars who bombarded their wishes for the actor.

Kiara Advani who has worked with Vicky in Lust stories shared a goofy picture on her Instagram story. In the pic, a strong Kiara can be seen lifting Vicky on her back while the two make funny faces while posing. In the caption, the Kalank star wrote "Happy Birthday Vickyy." Apart from Kiara, Vicky's Uri: The Surgical Strike co-actor Yami Gautam shared a beautiful throwback picture on her Instagram story to wish the ace actor. Yami shared a picture from the promotions of their much-liked film where the two stars can be seen interacting with their fans and posing for some clicks. Yami captioned the picture as "Happy Birthday Vicky, May you always stay blessed." Katrina Kaif took a unique way to wish the Sanju actor on his birthday. The Bharat actress  Katrina penned a Uri style wish for rumored beau Vicky on his birthday. "May the josh always be high. Happy Birthday," captioned Katrina.

Read: Vicky Kaushal's Father Did Not Believe In His Talent Until His Debut Film 'Masaan' 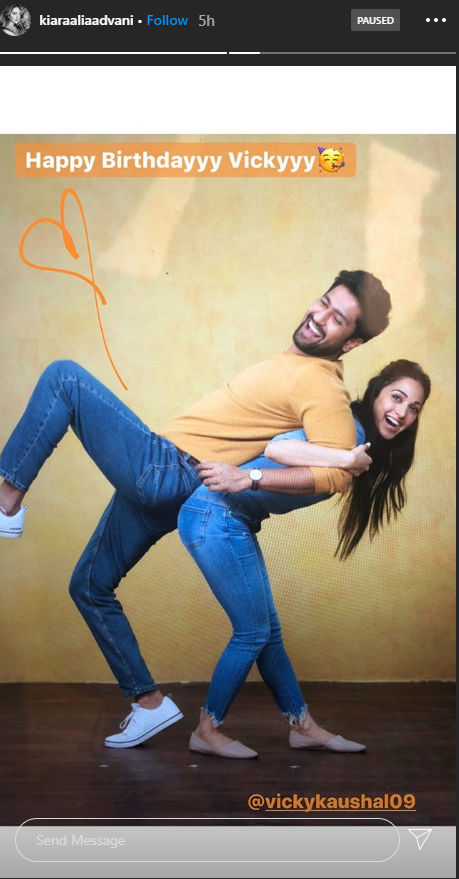 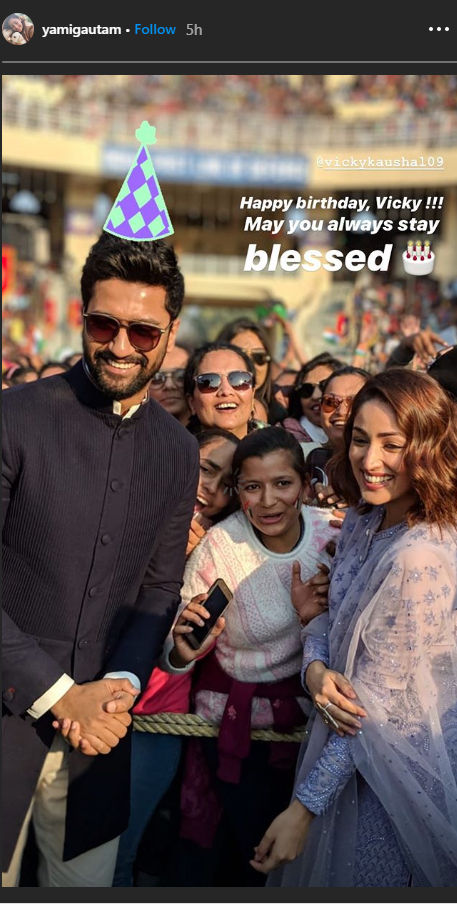 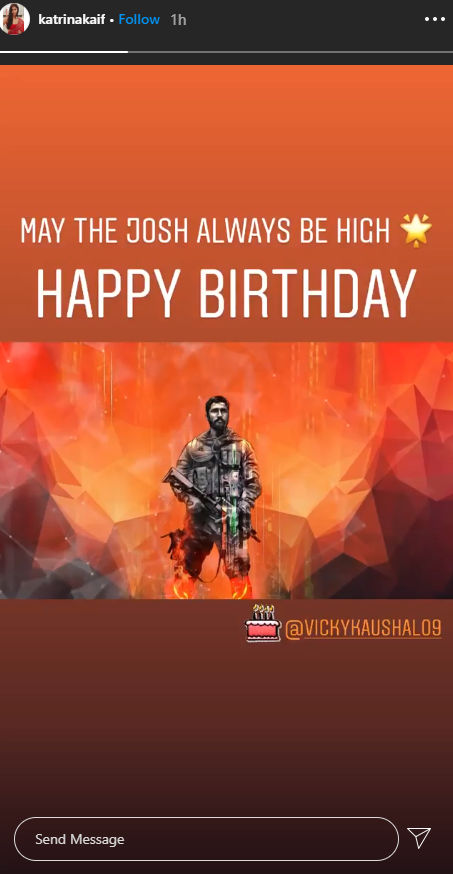 Apart from these stars, Vicky received birthday wishes from Taapsee Pannu who shared a still from the film Manmarziyan. While sharing the adorable snap, she also mentioned that the picture is one of the favorite pics of the two stars together. The Pink actress took to her Instagram story and shared a still from their film Manmarziyan where a cheerful Taapsee can be sitting on the lap of Vicky. Calling the birthday boy as "neele Kukkad," Taapsee captioned the picture as "Happy Birthday mere neele kukkad. Stay the boring black and white you are. Always."  She also wrote that this picture is "still one of the favorite pic of ours!"

According to a report carried out by a news portal, when talking about his past birthdays, the actor revealed that he used to get very upset as a kid because his birthday would fall during the summer vacations. The actor said he could not wear civil clothes to school and distribute chocolates to all his classmates. He also talked about the sweet birthday parties where we would cut cakes surrounded by his friends. Vicky Kaushal said that those celebrations felt real because they were not busy clicking pictures for their social media handles.

Read: Vicky Kaushal Used To Get Upset During His Birthday As A Kid; Here's Why