Mira Rajput Kapoor reveals a new alternative to consider other than cherry toppings. Here is a look at the cake and the details related to its speciality. Read.

Mira Rajput Kapoor recently took to Instagram to update her followers on what she has been up to in this lockdown period. She put up a picture of a delicious Nutella chocolate cake while giving her fans a proper tip on the cake toppings. People can be seen expressing their awe as the cake looks mouth-watering and well presented.

Mira Rajput Kapoor recently put up a picture of a freshly baked chocolate cake that she made at home. The chocolate cake has Nutella mixed with it while the toppings on the cake are not very regular. She has added a few pieces of cut mangoes which together form a rose and cover up the top view of the cake. In the caption for the post, Mira Rajput Kapoor has written that the cake is called Nutella Chocolate cake with mangoes. She has also written in the caption why must one put cherries when mangoes are also a good option. In the comments section of the picture, her fans can be seen agreeing with her idea as they feel mangoes are a much better option. They have also written that the cake looks delicious and rich. Have a look at the picture from Mira Rajput Kapoor’s Instagram here. 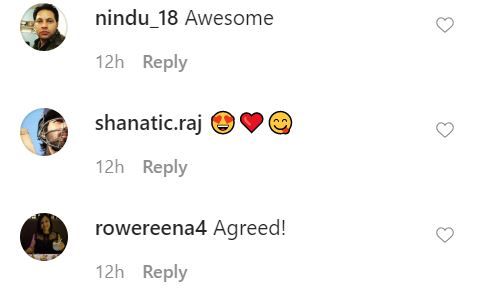 Mira Rajput Kapoor had previously uploaded a picture of the batter that she had created in order to make a marble cake. The batter seems to be a mix of normal cake mix and chocolate. She mentioned in the caption for the post that she is taking up baking again after a long time. She has also mentioned in the hashtags that life is a little better with butter. Have a look at the picture from Mira Rajput Kapoor's Instagram here.

PEOPLE HAVE PLEDGED SO FAR
LATEST NEWS
View all
38 mins ago
Salman khan provides food kits to over 5,000 families on occasion of eid
2 hours ago
Neha kakkar wore some stunning outfits on the sets of her reality shows; check them out
1 hour ago
Ranbir kapoor's 'badtmeez dil': check the making of the song here
59 mins ago
Balbir singh sr's death: amitabh bachchan offers condolences, says 'what a champion'
47 mins ago
Warda nadiadwala & farhad samji's song 'yeh zindagi' is a tribute to frontline workers