Amid lockdown, Mira Rajput has been keeping her daughter Misha busy with various fun and creative activities. She shared their latest art on Instagram. See pic-

Bollywood actor Shahid Kapoor's wife Mira Rajput has been leaving no stone unturned in keeping her daughter Misha engaged during the lockdown. She has shared plenty of adorable updates of her homeschooling sessions with Misha where she has arranged for some fun and educative activities for the little one. Late on Friday, Mira shared a glimpse of their art project from one of their latest mother-daughter exercises.

Read | Mira Rajput shares 'blast from the past' picture, fans confuse her with Misha Kapoor

Mira Rajput and Misha seem to have tried their hands at embroidery as the picture had two hearts embroidered within each other on a white cloth. She captioned the picture, “Big love with my little love. With a hand drawn pattern and help on the turns, little hands made the heart with a lot of excitement and filled with a whole lot of love!”. 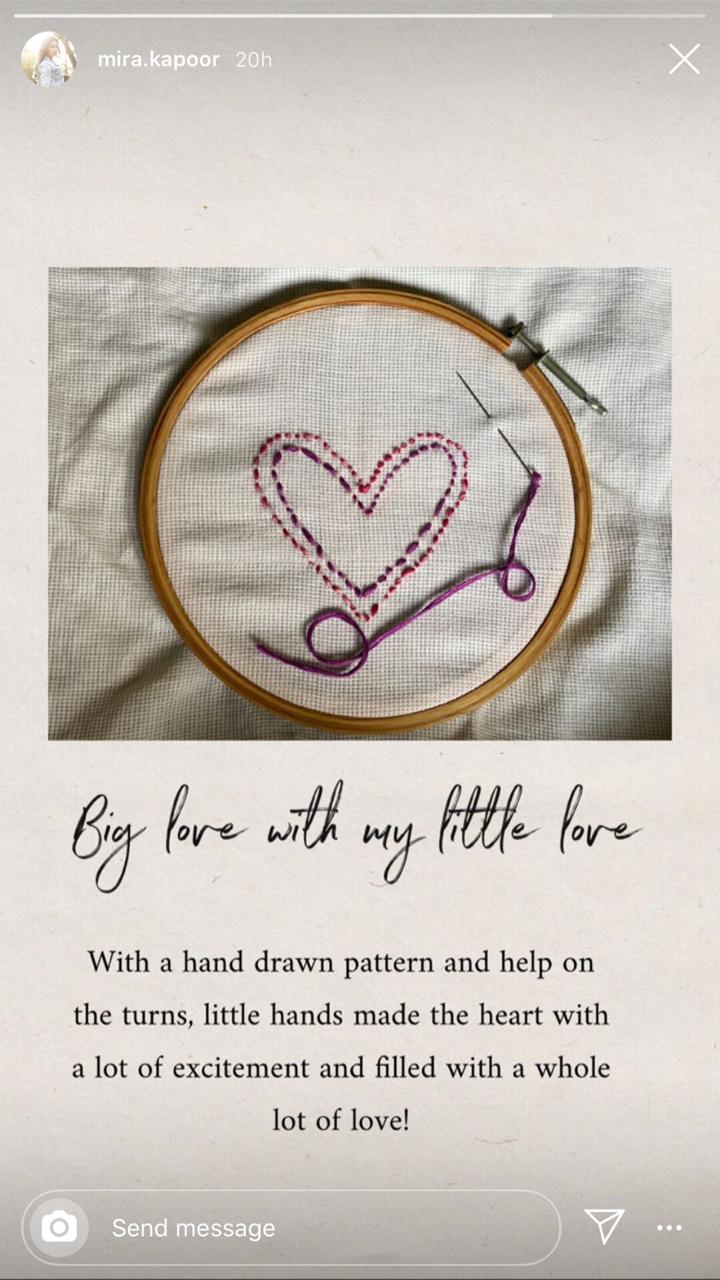 Mira Rajput has also previously shared updates, through her social media account, from Misha's art and math lessons. Mira shared pictures of different types of sunflowers that the mother-daughter duo had created using different materials. While one sunflower has been made with grains of pulses and signed as 'Misha & Mumma', another one is made from yellow-tinted foliage. While both of these look impressive, the one that steals hearts is Misha's solo artwork made with coloured pens and also signed by her.

On another occasion, she had shared a rib-tickling post with a picture of herself on the bed as she's seen popping the snacks, peanuts and roasted gram, which were originally supposed to be used for counting lessons. What made her fans laugh out loud was the caption where she wrote, "Missy caught me eating the math game." Mira revealed further that little Misha had clicked the photograph, not once but 43 times to catch her mom in the act.