Mouni Roy recently treated her fans with a new pair of boomerang videos. The actor took to Instagram and shared selfie clips of herself in a cute red dress.

Mouni Roy recently treated her fans with a new pair of boomerang videos. The actor took to Instagram and shared selfie clips of herself in a cute red dress. In the clips, she is seen alone and said in the caption that she is finally becoming her own best friend. Read ahead to know more about Mouni Roy's Instagram post.

On Instagram, Mouni shared clips in which she is seen seated alone. She wore a red dress, a chain and tied her hair while they were curled. She left a hair strand to fall on her face and opted for minimum makeup. She captioned her post saying, “Finally becoming my own best friend, it’s nice.” Take a look at her post as well as the comments left by her fans and followers. Mouni also shared a clip on her story in the same attire. In the post, she was seen with the film producer Vanessa Walia as the duo grabbed some food together. They were seen having a great time and enjoyed the delicious food. 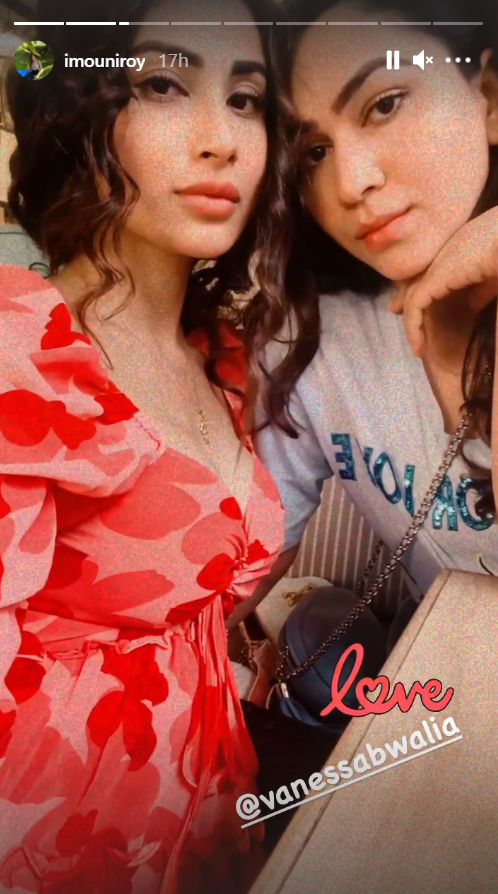 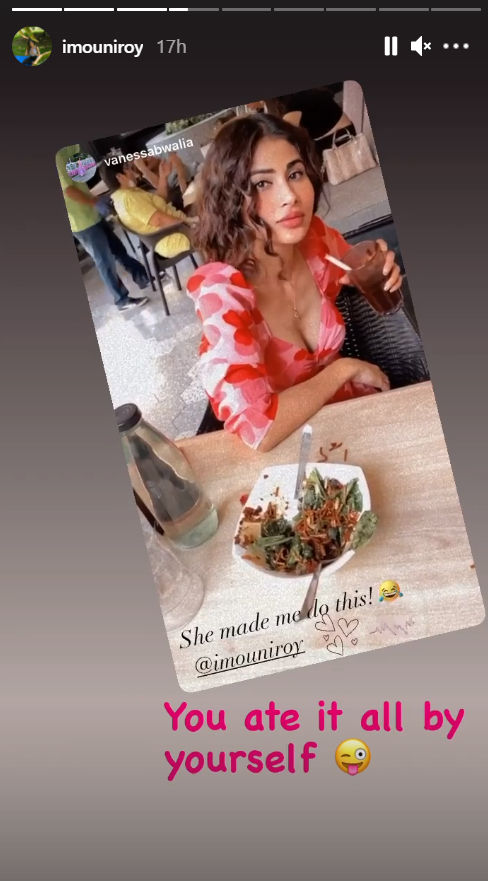 Earlier, Mouni shared a set of pictures in which she was seen posing indoors. She wore a blue crop top and high waisted denim jeans. She left her hair loose and opted for the no-makeup look. She posed a fury carpet and leaned on the sofa behind her. She simply captioned her post by writing, “bare.” Check out the post as well as the comments by her fans and followers below. 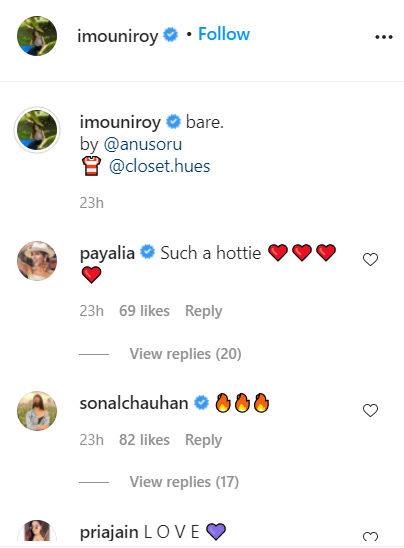 Also read: Mouni Roy Shows Off Her 'six Yards Of Magic' As She Stuns In Shimmery Grey Saree

Mouni Roy is predominantly known for her work in Indian television and Hindi-language films. She was first seen as a background dancer in the song Nahi Hona from Run in 2004. She made her television debut by playing a supporting role in the drama soap Kyunki Saas Bhi Kabhi Bahu Thi in 2006 followed by playing more supporting characters in Do Saheliyaan and Kasturi.

She came to recognition with her portrayal of Goddess Sati and Shivanya Ritik Singh or Shivangi Pratap Singh in Devon Ke Dev...Mahadev and Naagin, respectively. She entered Bollywood in 2018 with the sports film Gold starring opposite Akshay Kumar. She appeared in other films such as Romeo Akbar Walter and Made in China.