Netflix India's latest release is the film, Mrs Serial Killer which started streaming on the website from May 1, 2020. Starring Jacqueline Fernandes, Manoj Bajpai, Mohit Raina and Darshan Jariwala, the film has been directed, written and edited by Shirish Kunder.

The question that seems to be bothering everyone about Mrs Serial Killer is what happened in the end. At the end, Sona Mukherjee's (Jacqueline Fernandes) husband, Dr Mrityunjoy Mukherjee (Manoj Bajpai) actually turns out to be the killer. It seems he was not wrongly accused of the crimes for which he was arrested at the beginning of the film. 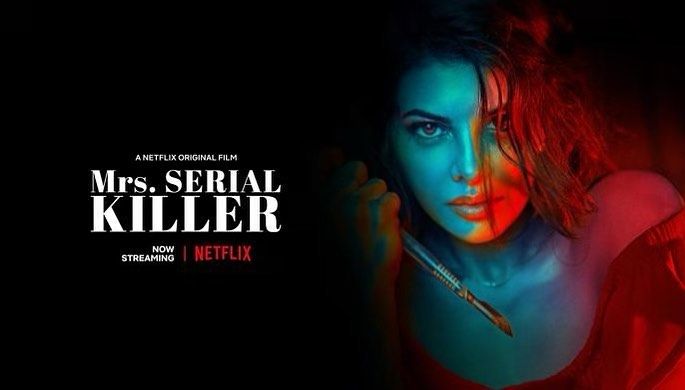 However, after the inspector, Imran (Mohit Raina) managed to capture him and take him to the hospital. But while everyone thought the doctor died, he was, in fact, alive and succeeded in escaping from there before the police arrived. The high-profile lawyer, Rastogi (Darshan Jariwala), whom Sona had appointed to fight her husband's case, together with his wife are the one that helps him escape.

Also Read: 'Dark' Ending Explained | Here Is What Happened In The Finale Of Season 2

However, the Mrs Serial Killer ended on an open note. Why did the lawyer help the killer escape? Were they partner in crimes? What happened to Sona? All these questions will be answered in a second part fans are speculating. But Shirish Kunder nor his cast had made any revelations about it yet.

Also Read: The Shining Ending Explained: How Does Jack Torrance Die In The Climax?

Mrs Serial Killer revolves around the life of a wife whose husband gets wrongly accused of murdering unmarried pregnant women. To prove her husband's innocence, the wife sets out to replicate the crimes of which her husband is accused. A cop who used to be her ex-lover poses a problem to this plan. However, things turn awry when the serial killer is revealed to be her husband itself.

Also Read: 'Extraction' Ending Explained: Is Tyler Rake Alive At The End Of The Film?

PEOPLE HAVE PLEDGED SO FAR
LATEST NEWS
View all
4 hours ago
Sutapa Sikdar remembers 'Wonderful gift' from Irrfan Khan on World Environment Day
17 hours ago
Katrina Kaif and Ranveer Singh to team up for Zoya Akhtar's next untitled film
15 hours ago
200 Idli vendors honour Sonu Sood with 'aarti' as he sends them to Tamil Nadu from Mumbai
17 hours ago
Radhika Apte shares mystifying teaser of her first directorial venture 'The Sleepwalkers'
18 hours ago
When Abhishek Bachchan, Aishwarya Rai opened up about their marriage on a chat show