Neetu Kapoor took to her Instagram story today on January 14, 2021, to share a picture with Ritu Nanda, who passed away a year ago. Take a look.

Actor Neetu Kapoor shared a picture with sister-in-law Ritu Nanda on the latter’s first death anniversary today on January 14, 2021. The actor wrote, ''You will be remembered always'' under the picture she shared in her stories. Take a look at it and read on.

Neetu Kapoor, Ritu Nanda, and Rishi Kapoor posed for the camera and were all smiles in the snap, taken at their home. Kapoor wrote, under the picture - “Miss you Ritu. You will always be remembered today and always” followed by a pink flower emoji. 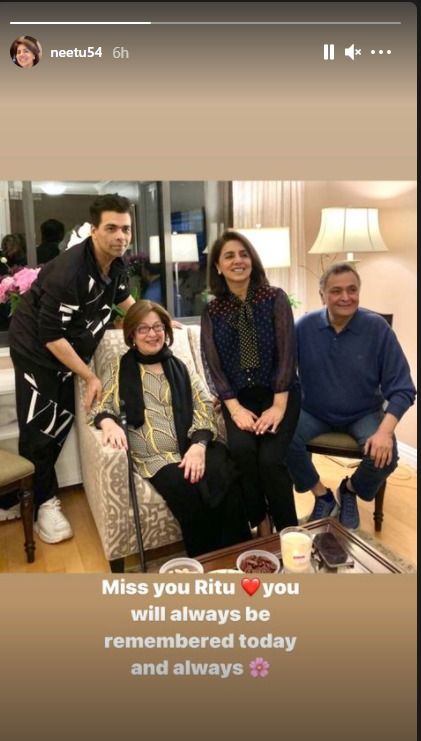 Today, January 14, 2021, marks the first death anniversary of sister-in-law Ritu Nanda, who was the daughter of actor Raj Kapoor, sister of Rishi Kapoor, and the mother–in–law of Shweta Bachchan. Ritu Nanda passed away at the age of 72 years last year on January 14, 2021, after a long battle with cancer. Nanda was a well-established businesswoman in Delhi, India and wife to late Rajan Nanda, an industrialist and the Chairman and MD of Escorts Group.

Also Read: Neetu Kapoor Shares Appreciation Post For Her Kids, Says 'thank You Both For Holding On'

Ridhima Kapoor Sahni also shared a picture on her Instagram story in remembrance of her aunt. The first picture she shared was from a function and featured, Ridhima, Ritu Nanda and the latter’s daughter Nitasha Nanda from some function, she wrote with it – ‘Miss you today – everyday’ followed by a white heart and folded hands emoji. While the other picture she shared was a black and white snap of her father Rishi Kapoor and aunt Ritu Nanda from their childhood days, atop which she wrote, “Miss You Both” and added two hearts. 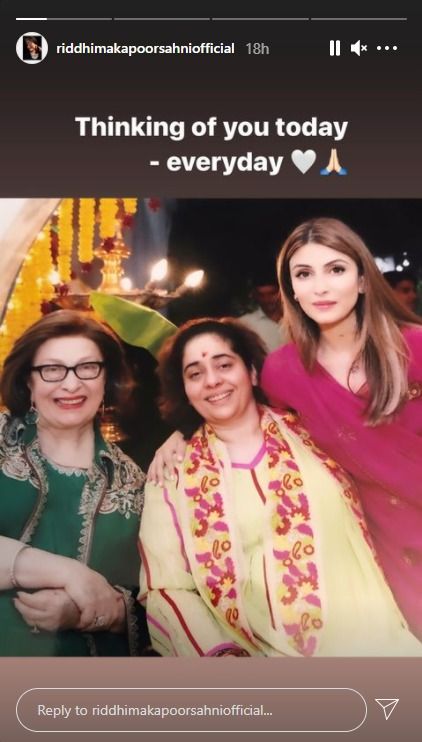 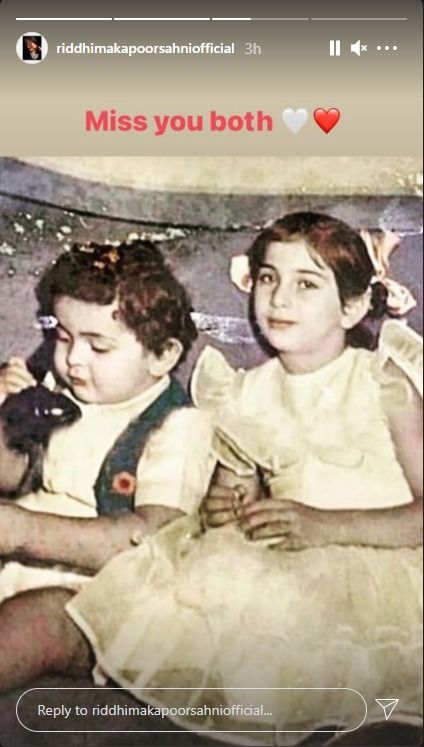 Karisma Kapoor also took to her Instagram a while ago to share a picture with her late aunt. The picture Karisma shared featured Ritu Nanda along with Nitasha Nanda, Nikhil Nanda and Ridhima Kapoor Sahni. Take a look at her story here. 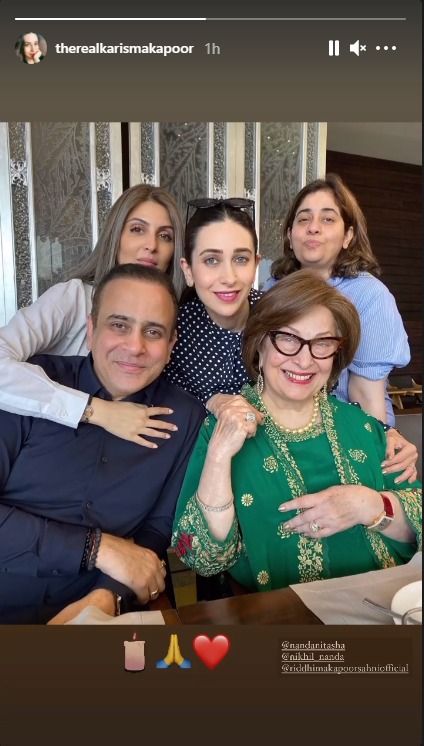