After Neha Dhupia, Nikhil Chinapa broke his silence on 'Roadies' row over 'cheating'. Nikhil said he did not justify it and was not apologetic about abusing.

After Neha Dhupia, Nikhil Chinapa broke his silence on the controversy over the judges of Roadies Revolution being accused of ‘justifying’ cheating during one of the episodes. Neha was brutally trolled after she said ‘it was her choice’ when a male contestant said he hit his girlfriend for being in a ‘relationship with five guys.’ Nikhil too got flak for asking the contestant what right he had to ‘expect loyalty’ and for going berserk with expletives.

Taking to social media, Nikhil wrote that he could write the post as he was home and got time, like many people around the world over the COVID-19 outbreak. He explained his clarification in four points.

The first point he made was about his statement, “Who are you to expect loyalty?” Nikhil wrote that loyalty was something ‘earned’ and was not a ‘contract’.

Nikhil wrote that loyalty was earned by being a ‘good, compassionate’ person, and if one does not get it, one should break up and move on in life, but violence was never acceptable in such a situation.

The second point he made was about Neha saying ‘it’s her choice’. Nikhil said that none of the judges have ever justified cheating, and that cheating was ‘not okay.’ He also fumed at the contestant for being ‘unrepentant’ despite hitting his girlfriend and even going on to say she thanked him, for ‘saving her life’.

Nikhil called the justification ‘most ridiculous’ thing he ever read.

Third point was the use of the M-word, which he said was used only in ‘anger at the blatant misogyny.’ Nikhil added that the words were not an insult to someone’s mother or sister, but at the person who it was directed to. He also said that he was not an ‘expletive-free’ in real life, and since he was not acting on the show, he was not apologetic about the statement.

Fourth was about the term ‘women empowerment’ and Nikhil said it was the contestant’s 'personal revolution’ and how many people had no idea what it meant. The Roadies judge said that women empowerment was not about uplifting women, nor was it about applauding those women who achieve success, but about giving women the freedom to live in the way she wants.

He added that it was not about ‘all-powerful men’ who think women won’t be able to survive without men. He highlighted how women empowerment was not like what the male contestant showed, who according to Nikhil, felt he ‘owned’ his girlfriend, and demanded loyalty by slapping her.

Nikhil also had a message for the trolls, that he did not hate them. He called those who make memes the real ‘stars’ and quipped that he enjoyed words like ‘Chinupa, Puluppa, Pushupa.’ 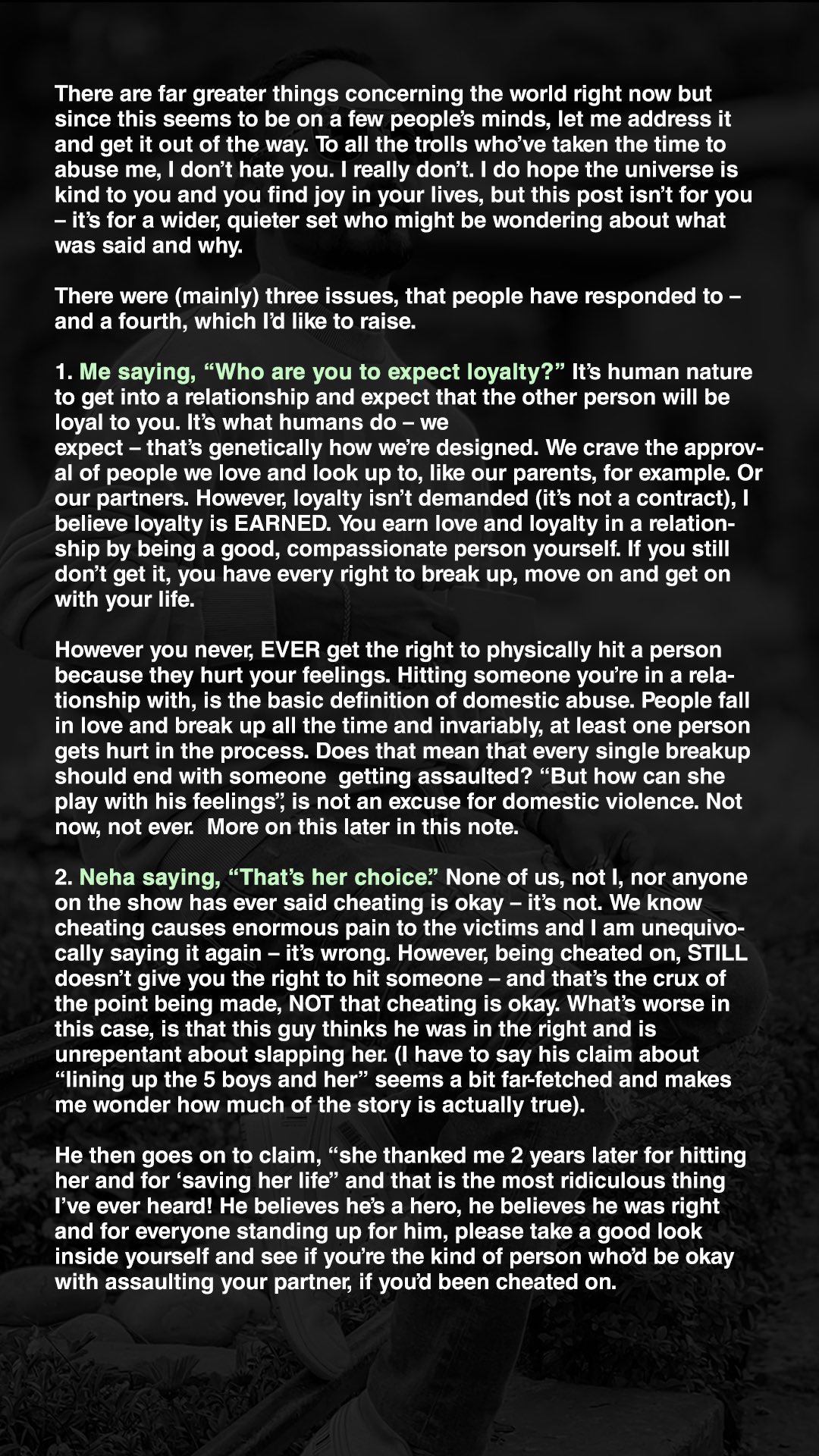 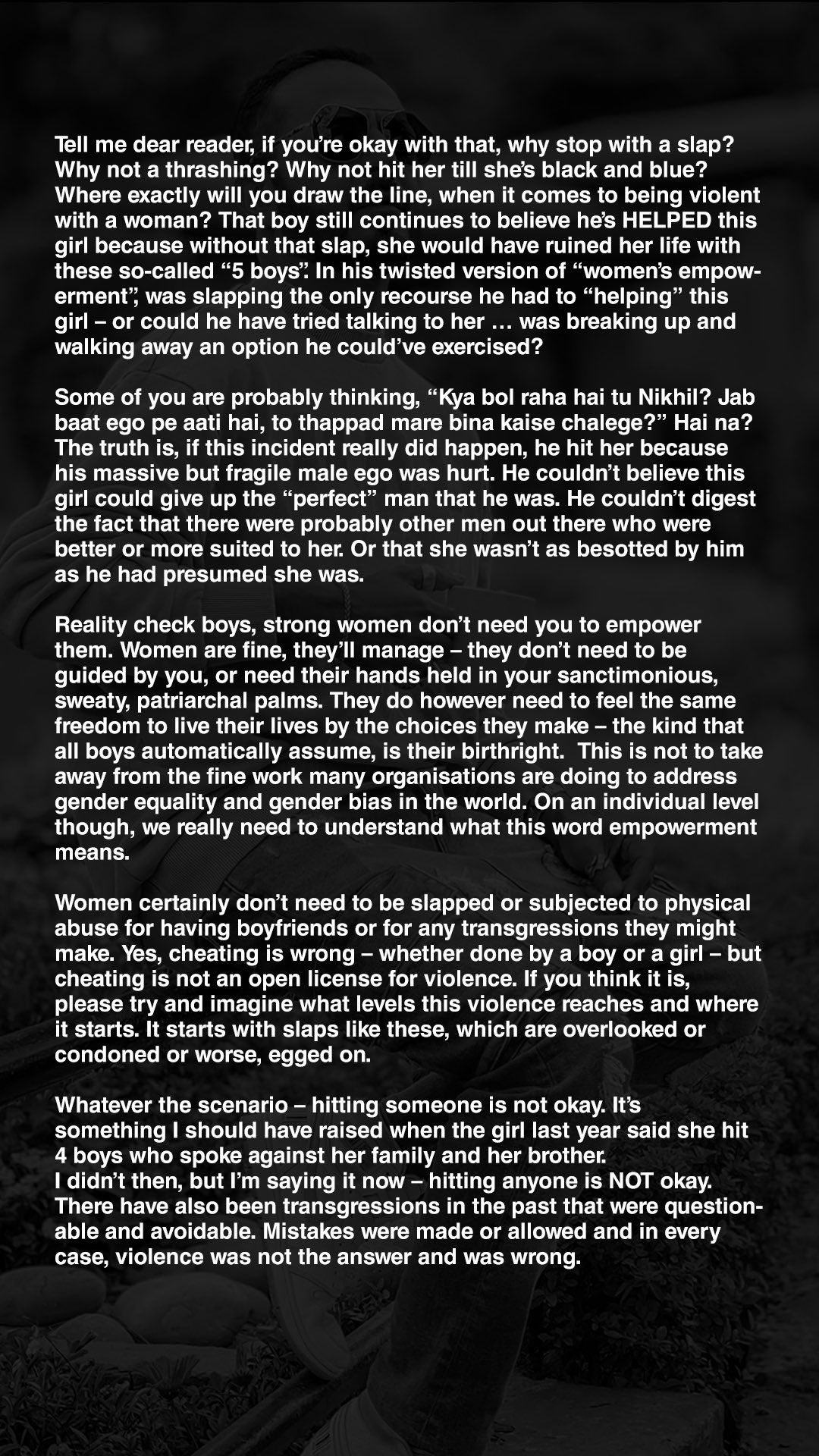 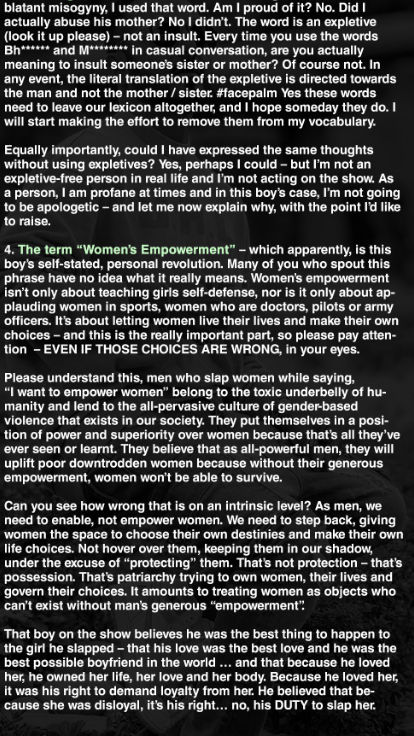 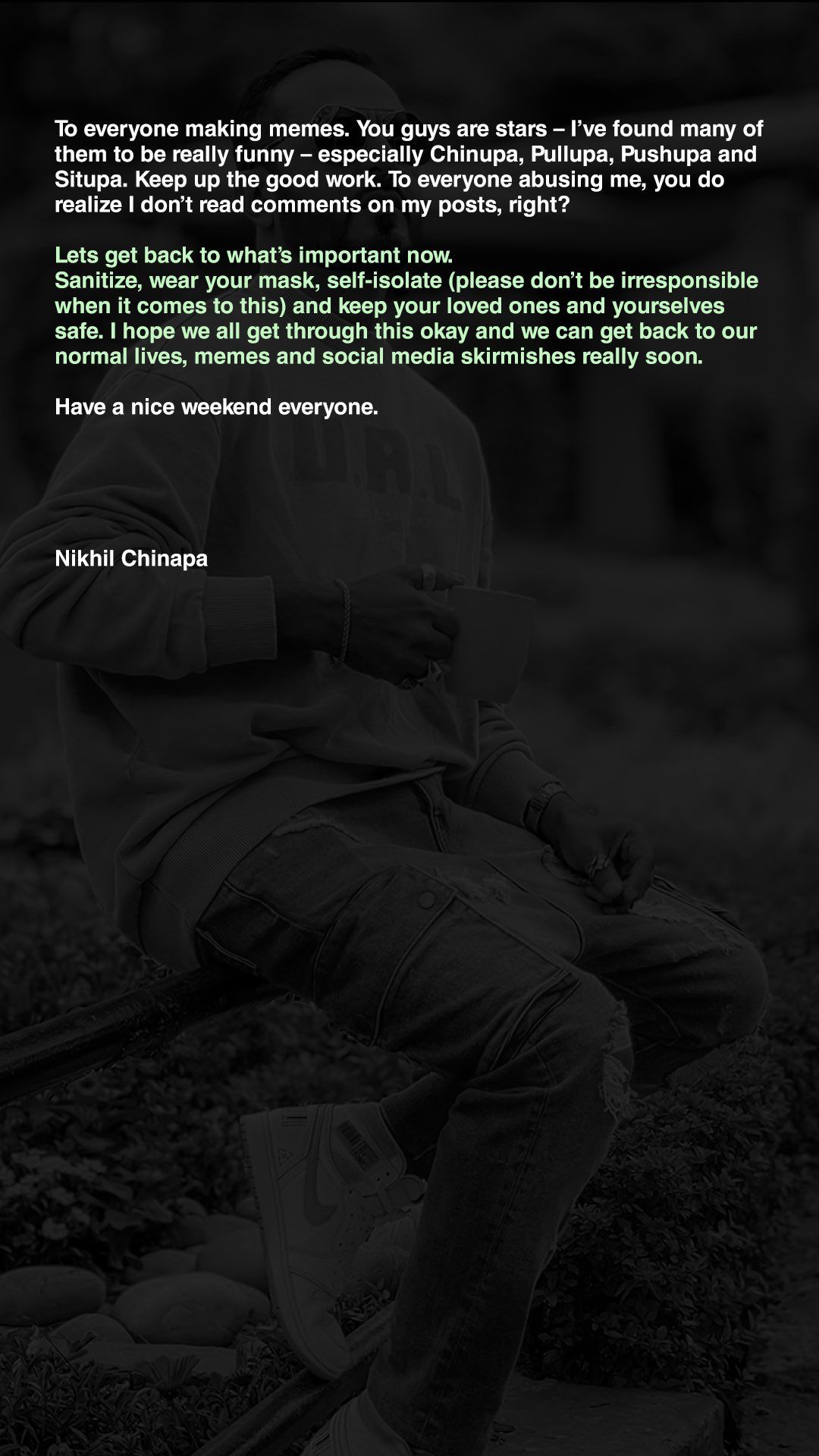