Nora Fatehi Posts New Still From Her Upcoming Music Video With A Warning, Take A Look

Nora Fatehi warns people about her silence as she shares a still from her upcoming music video Chhod Denge, which will release on February 4.

Nora Fatehi is all set to appear next in the music video of Sachet-Parampara song sung by Parampara Tandon which will release on February 4, 2021. She has been sharing stills and snippets from the same. Earlier today on February 1, 2021, the actor took to her Instagram account and shared another still from the upcoming song. Along with it, she issued a warning about what it means when she is silent. Read along and take a look at the picture and what she has to say.

Nora Fatehi warns everyone to not mistake her silence

Nora Fatehi shared a snap where she is donning a fiery red costume from her upcoming music video Chhod Denge in a post on her Instagram account today, February 1. The actor mentioned in her caption how she waits for the right moment to react and that her silence doesn’t stand for stupidity. She penned, “Don't mistake my silence for stupidity.... I wait for the right time to attack”.

Not to forget that the caption is in the alignment of Fatehi’s upcoming song, which also has a storyline premised around revenge. The post is receiving quite a lot of love from her friends and fans as it has received over a 475k likes so far, which are increasing with every minute. The comments also feature some exciting reactions, take a look here. 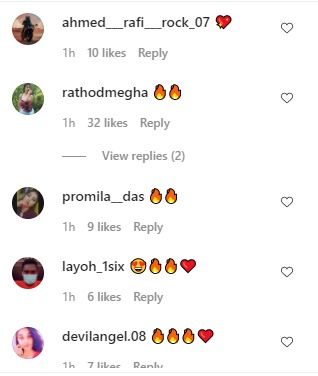 The actor is gearing up for the release of her upcoming music video which is sung by Parampara Thakur Tandon and is titled Chhod Denge. Nora Fatehi shared the motion poster of the song on her feed on January 30, 2021. Alongside which, she wrote, “And Revenge will be served on 4th February #ChhodDenge. Stay tuned!”.

As mentioned on the poster, the song will feature Ehan Bhat as the male lead opposite Nora Fatehi. The song will have music composed by Sachet-Parampara, while Yogesh Dubey has penned the lyrics and Arvindr Khaira will be at the helm. The music video will be presented by Bhushan Kumar’s T-Series and will premiere on the official YouTube channel of the production house.

Also Read: Nora Fatehi Opens Up About Her Childhood And Learning Dance From Variety And Diversity