Nora Fatehi Ups Her Style Quotient With Some Bling And Animal-print. See Pics

Nora Fatehi was recently papped donning a metallic tube top which she paired with an animal print skirt as she posed for the camera. Read to know more details

Nora Fatehi is currently the talk of the down as the artiste is on a roll with a couple of hit chartbuster music videos and multiple movies in her kitty. Her Dilbar song took the internet by storm as her fans could not get over her dance moves in the music video of the song which has more than a whopping 230 million views on YouTube. Nora was recently papped donning an exquisite ensemble upping her style quotient.

Nora was recently spotted wearing a shimmery gold tube top which she paired with a white slit skirt with an animal print. In terms of accessories, Nora kept it minimalistic and completed the whole look with black pointed-toe heels. Talking about her makeup, here too, the actor did not go overboard and kept it minimal with dewy makeup and nude lips which rounded up her overall look.

Check out the exclusive photographs below: 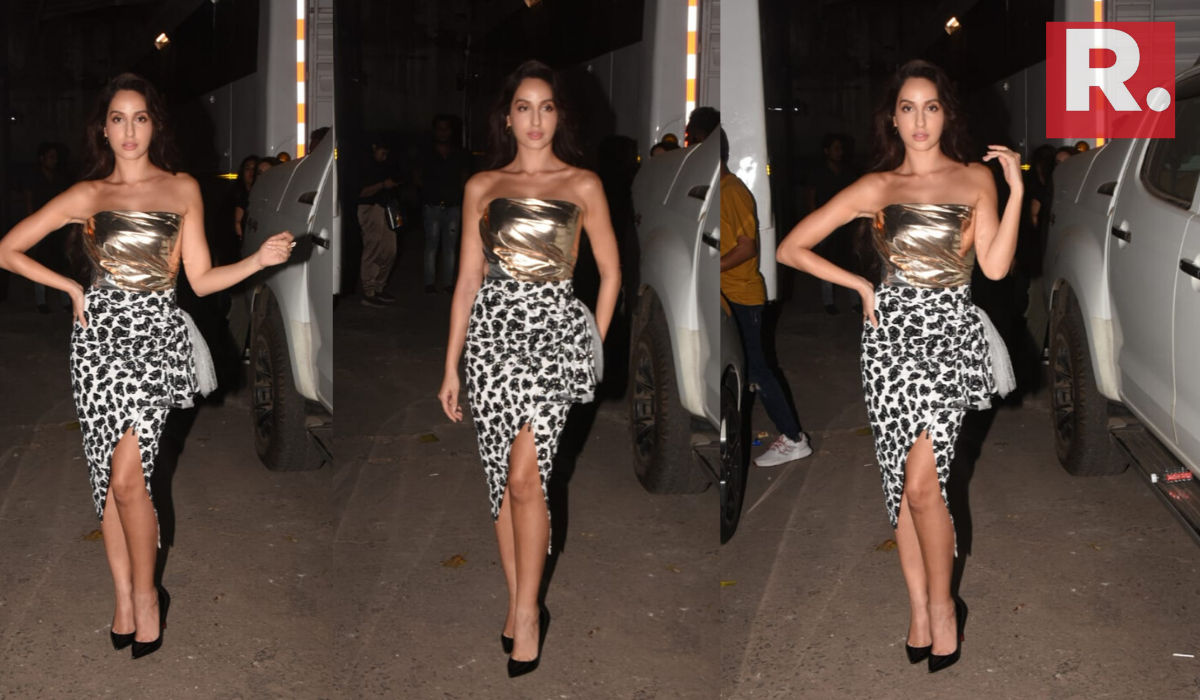 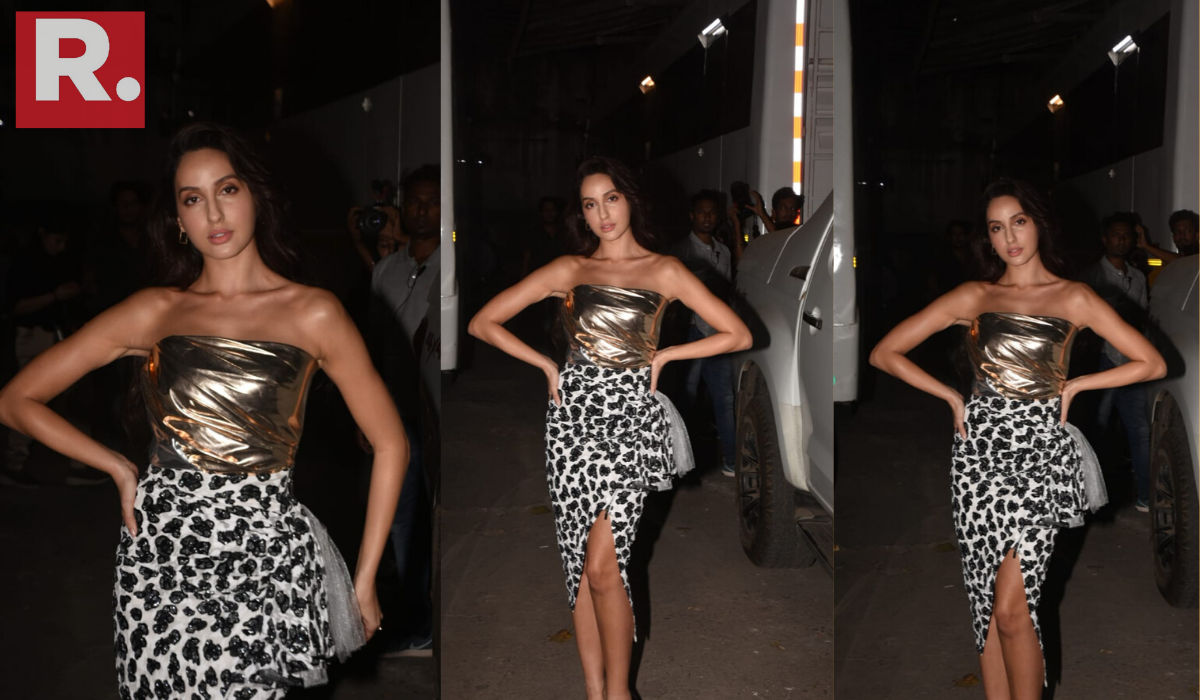 Nora Fatehi will star in the third installment of the blockbuster dance film ABCD titled Street Dancer 3D. In the movie, Nora will be playing the role of Susanne. Along with Nora, the film will also feature an ensemble cast with A-listers like Varun Dhawan, Shraddha Kapoor, and Prabhudheva in the lead roles of the film. The film is helmed by renowned choreographer-director Remo D'Souza while it is produced by Bhushan Kumar, Divya Khosla Kumar, Krishan Kumar and Lizelle D'Souza. The movie is slated to hit the silver screens on January 24, 2020. One of the tracks from the film titled Muqabala was also released recently by the makers of the film and has been garnering a lot of love and appreciation from the audiences.