Nora Fatehi Wishes To Marry Taimur When He Grows Up; Kareena Kapoor Reacts

Nora Fatehi expressed her wish to marry Taimur when he grows up. She said this to Kareena Kapoor Khan on her radio show 'What Women Want'

Kareena Kapoor Khan-Saif Ali Khan’s son Taimur has a popularity of his own since his birth, something that has been evident from the manner in which the paparazzi chases him and how his pictures and videos go viral. However, this popularity is not restricted to just netizens, as even celebrities seem to be gushing over his cute looks. This was evident when Nora Fatehi recently expressed her wish to marry the little one.

Nora Fatehi had recently made an appearance on Kareena Kapoor Khan’s radio show What Women Want. The host raved about the former's dance moves in numerous hit songs, and that both her and Saif love it.

The Dilbar star replied with gratitude and then said that they could ‘think about’ an engagement or marriage of hers with Taimur, when he grows up.

The comment left Taimur’s mother speechless, before she laughed out.

Kareena then shared that he was just four years old and that there was a ‘long way to go.’ That did not deter Nora, as she said she was ready to 'wait for him.'

While pictures and videos of Taimur, often shared by Kareena are showered with love, recently another celebrity had similarly expressed his love for Taimur. Arjun Kapoor had sent goodies, that left his Ki & Ka co-star overwhelmed. 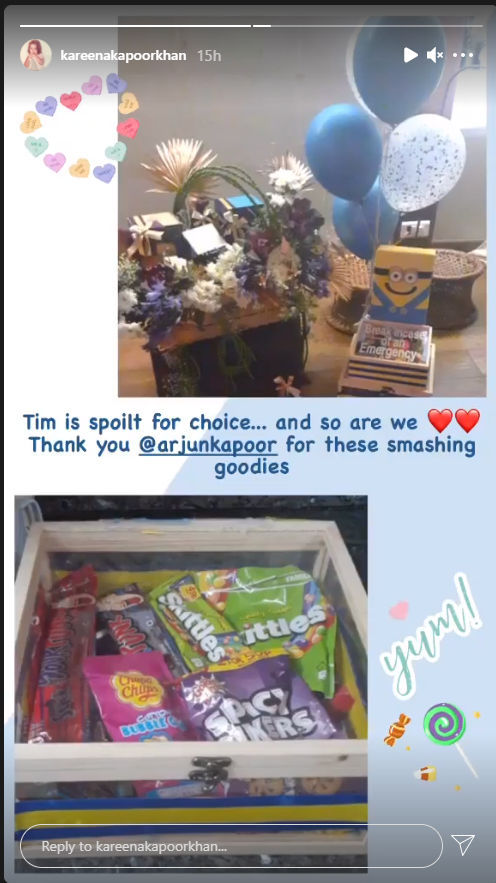 Meanwhile, on the work front, Nora Fatehi last featured in the single Naach Meri Rani alongside Guru Randhawa. Released two months ago, the track has already crossed over 300 million views on YouTube.

She was seen in the movie Street Dancer 3D, where her dance moves had become a talking point. Nora will next be seen in the movie Bhuj: The Pride of India, for which she recently shot alongside Sanjay Dutt. The movie also stars Ajay Devgn, Sonakshi Sinha, among others.

Nora is also popular for her own dance videos and covers of popular hit songs, the latest being of Body. She is also a coveted name in the paparazzi citrcuit as each of her appearances in the city is tracked by the shutterbugs.