In response to Guru Randhawa's birthday wish, actor Nora Fatehi asserted 'Thank you babu'. However, fans came up with a bunch of hilarious replies to it. 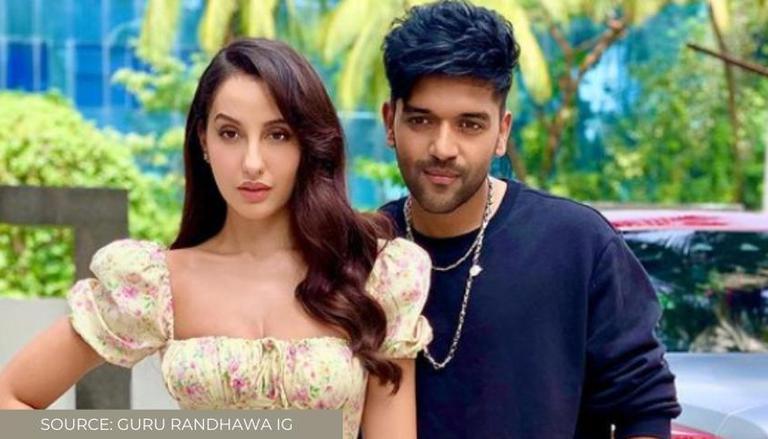 How fans reacted to it

Within a few hours, the post managed to garner more than four-lakh double-taps; and is still counting. While a section of Guru's followers wrote birthday wishes for Nora, others dropped red-hearts in the comments box. But, it was the reply section of Nora's response, which grabbed the attention of many. From making a hilarious reference to a famous film to various speculations; here's what fans have to say about it. 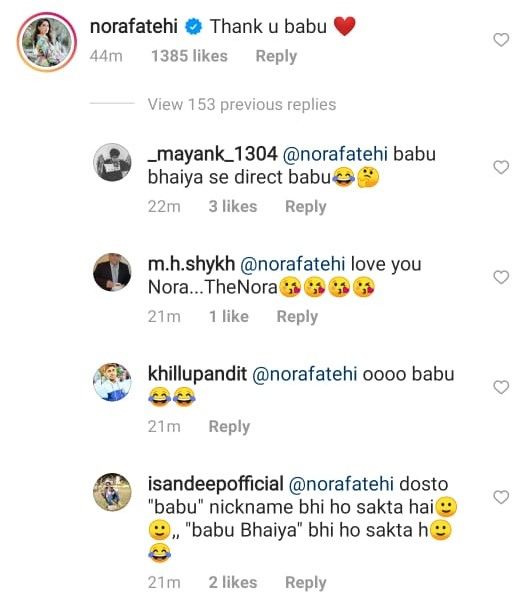 Fan compares the two with NehaPreet

In another funny response, the two were compared with the newlywedded Neha Kakkar and Rohanpreet Singh. Neha and Rohan, who often use "Babu" while getting in social media PDA, were tagged by a fan. The fan further added that Nora and Guru have replaced the duo. 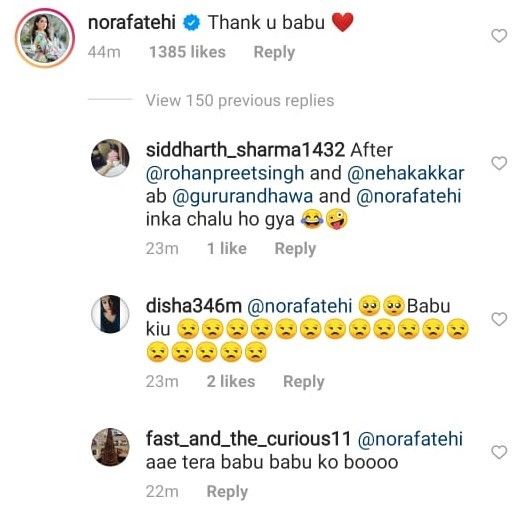 Fans wonder if it's going to be their wedding next

Though most of our 2020 went cooped indoors, a bunch of celebrities announced their weddings. From Neha-Rohan, Kajal-Gautam, Varun-Natasha and Aditya-Shweta; the internet was flooded with pictures of big-fat Bollywood weddings. Making a reference to it, a fan speculated that Guru and Nora's wedding is on the cards. 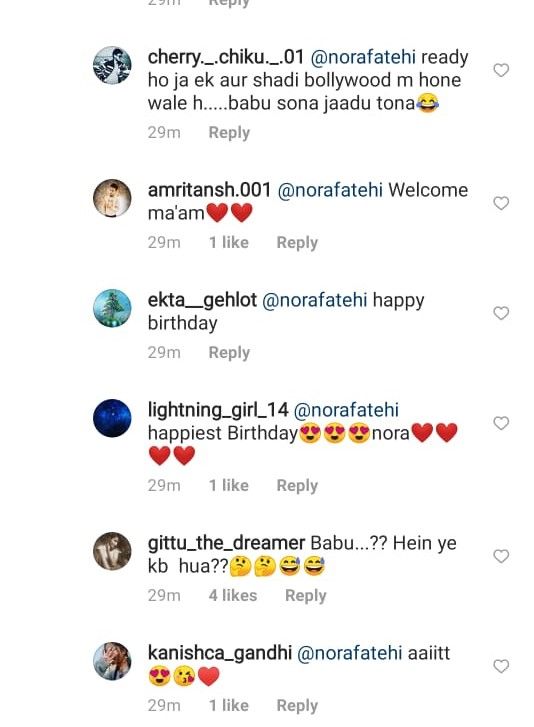 Fans ask if they are dating

Apart from wedding speculation, a handful of fans asked the duo if they are dating. Meanwhile, an Instagram user added that Nora mistakenly wrote "babu", instead of "baby". On the other hand, other Instagram users dropped a doubtful-smiley. 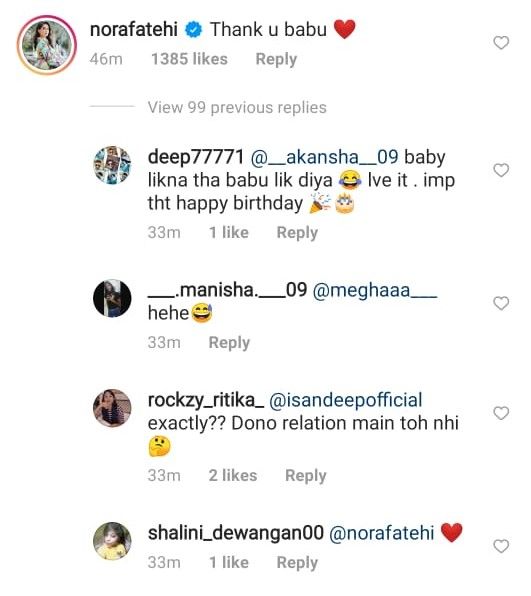