Nushrat Bharucha, in the recent past, was trolled for wearing green high-slit gown. Alike Nushrat, there are many celebs who were once trolled for their outfits

Bollywood celebrities are known to provide major fashion inspiration to their fans with their outfits. Be it red carpet or a day out with friends, paps keep a close eye on what celebrities wore for a particular event. While most of the time, they are praised for carrying a particular ensemble flawlessly, there have been certain instances where they fall into controversies because of the same. Here are a few Bollywood outfit controversies that made headlines in the recent past.

Nushrat Bharucha wore a risqué ensemble while gracing the red carpet at the 65th Filmfare Awards. While many were impressed with her experimental look, some also trolled Bharucha's outfit on social media, terming it to be a little revealing. While interacting with news daily, Nushrat  Bharucha was quizzed about her take on people reacting to her high slit green outfit.

Nushrat expressed that she has the right to wear whatever she wants. Fashion is an extension of how many want to express their creativity, she added. Bharucha concluded saying that the dress felt comfortable and that's the reason she could carry it off easily.

Priyanka Chopra stirred a storm once on the internet when she shared photos from her appearance at the Grammy Awards 2020. Soon after the pictures surfaced online, she was showered with compliments. There was, however, an army of people who trolled her for baring it all at the red carpet. Designer Wendell Rodricks commented sarcastically on Priyanka’s outfit: “@priyankachopra nailed it at the Grammys 2020. Truly the bold and beautiful in this @ralphandrusso couture fringed gown where the neckline goes all the way from LA to Cuba. Love it.” There were many celebrities who came in support of her including Hina Khan and her mom Madhu Chopra.

Bollywood actpr Vaani Kapoor who was last seen in the movie War had once landed herself in a legal mess. The actor posted a picture of herself wearing a top with the name of Lord Ram inscribed on it. A resident from Mumbai had filed a case against the actor for hurting religious sentiments. It had been alleged that in the complaint letter, the citizen had asked the court to either book Kapoor or punish her for the offense. She was even called out for a statement later. 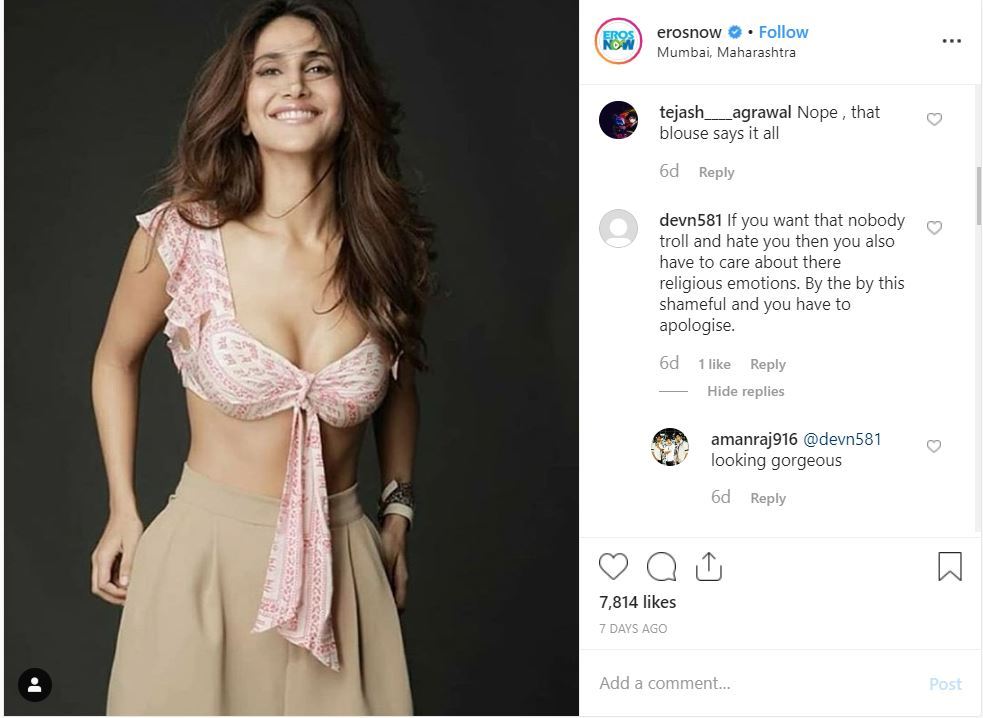 Shahid Kapoor’s wife, Mira Rajput once showed remarkable grace while shutting down trolls, picking on her for donning a mini-skirt on her day out around town. The star-wife was seen rocking a cute printed skirt, and some felt it was “too short” and trolled her saying she “stole Misha’s skirt.” The beauty hit back with an Instagram post that showed how society passes judgements against a woman based on the length of their skirt. She raised a powerful question that read, “If women judge other women by the length of their skirt, does it justify the empowerment we're seeking?" 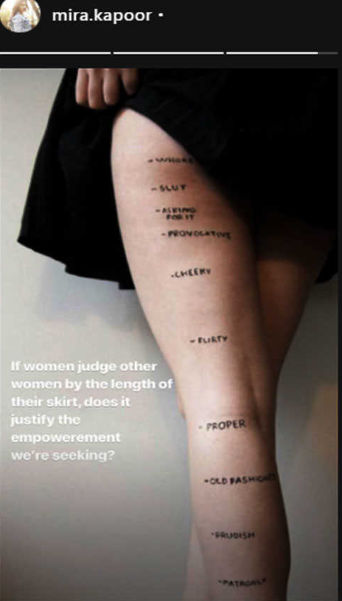 Also Read| Nushrat Bharucha In 'Chhalaang': What to expect from her next with Rajkummar Rao