Priyanka Chopra was seen starting her Sunday by lazing with her lovely dog, Diana. The actress clocked in her first anniversary with husband Nick Jonas.

Priyanka Chopra was seen starting her Sunday by lazing with her lovely dog, Diana. In a series of pictures and videos posted by the actress, she can be seen having a swell time with her little pooch. And, while the two seem completely happy in each other's company, many fans and netizens were left wondering where Nick Jonas is as the duo are clocking into their first anniversary today.

READ: Priyanka Chopra Can't Keep Calm As There's "too Much Food" On Thanksgiving 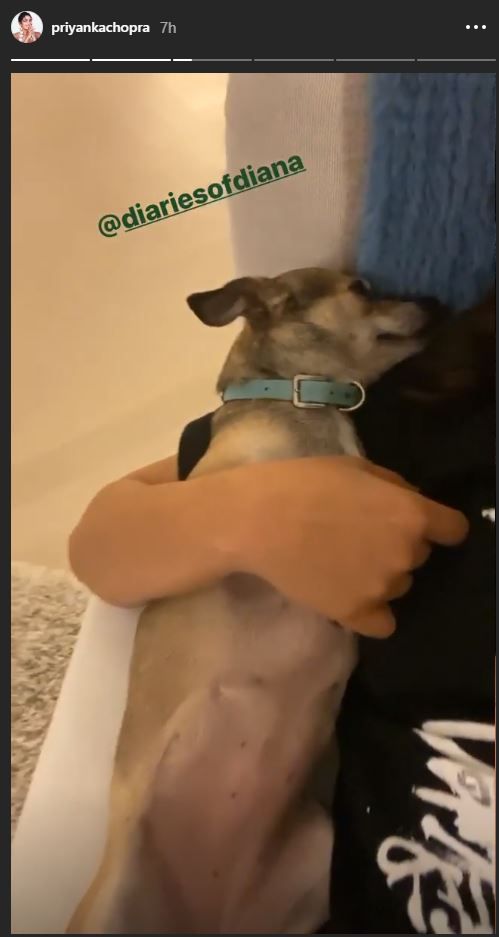 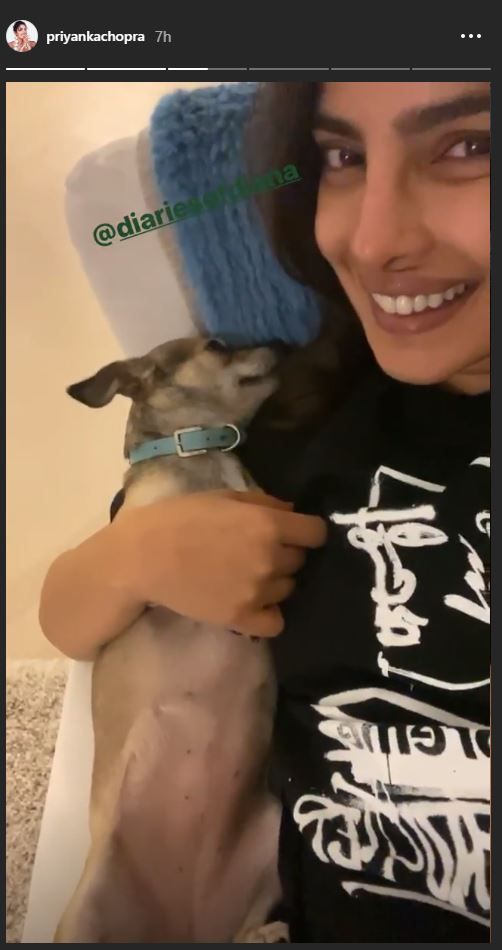 Priyanka and Nick clock in their first anniversary

Priyanka Chopra and Nick Jonas clocked in their first anniversary on December 1. Speaking to an entertainment website at an event in Los Angeles, Nick Jonas said: "Well, I don't wanna say what we're doing to celebrate because it's a surprise for her and she might be watching. And if she is, then I wouldn't want the surprise to be spoiled... We will be taking a few days away from the tour to have some time. This year's been, for she and I both, probably the craziest of our lives, but kind of nice to have that centering grounding feeling with each other."

Priyanka Chopra was last seen in the film The Sky Is Pink, which was also her Bollywood comeback after a period of three years. Although it was one of the most anticipated films of the year, it did not rake that well at the ticketing counters and performed quite averagely at the box office. Before this, the global icon was seen in a Hollywood film alongside Rebel Wilson titled Isn't It Romantic. As of now, Priyanka Chopra is shooting for a Netflix Original Film titled, The White Tiger which is based on Arvind Adiga's novel.

PEOPLE HAVE PLEDGED SO FAR
Priyanka Chopra says, she will never dare to sing a duet with Nick Jonas; know why
Priyanka Chopra's heel game is on-point and these images are proof!
Priyanka Chopra - Nick Jonas are Charlie Puth's 'favourite couple' and we totally agree
Priyanka Chopra and Rani Mukerji sport a similar Sabyasachi ensemble. Who wore it better?
Priyanka Chopra calls Nick Jonas with a unique desi nickname; find out
Kartik Aaryan is all smiles as he shares his character's look for 'Bhool Bhulaiyaa 2'; see
Did Kriti Kharbanda's Net Worth surge after Housefull 4's stellar run at BO? Find out
Shraddha Kapoor says Tiger Shroff's got a humorous side which gets dark at times
DO NOT MISS
SINGHVI SLAMS TIWARI'S 'HATE-SPEECH
RAVI PUJARI TO BE EXTRADITED SOON
SHAHEEN BAGH MEDIATOR MOVES SC
PM MODI IN MANN KI BAAT
SUDARSAN PATTNAIK 'WELCOMES TRUMP'
LATHAM TAKES A STUNNER