Amid the coronavirus lockdown, it seems that global icon Priyanka Chopra is spending some romantic and quality time with her singer husband Nick Jonas in LA.

Amid the coronavirus lockdown, it seems that global icon Priyanka Chopra is spending some romantic and quality time with her singer husband Nick Jonas in LA. The actress recently treated fans with a loved up picture of the two wrapped in each other’s arms. While captioning the picture, the actress called him “my forever guy” and wrote that she will always be grateful to him for whatever he has done for her.

The picture shows Nick and Priyanka in a car. Priyanka has her head resting on Nick’s shoulder and holds on to his left hand. We can see Nick’s car seat belt. The picture received a thunderous response from the fans of the two stars. One of the users wrote that the two look adorable together. Another user showered her blessings over the couple. A third user wrote that she was watching one of Priyanka’s film and was completely awestruck by her acting. Another user chimed in and commented “the best looking couple.” 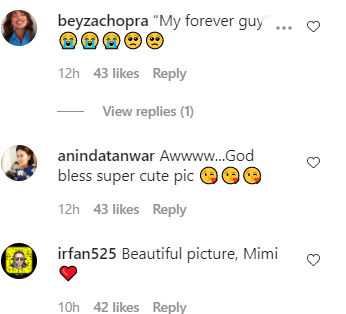 Sometime back, Priyanka Chopra took to her Instagram handle to give fans a glimpse of her new 'bangs' hairstyle, which falls over the actor’s front hairline and covers her forehead. With a perfect lip shade and minimal makeup, Priyanka Chopra Jonas flaunted a subtle smile as she clicked the selfie picture. Apart from this, the actress also shared a stunning sunkissed picture of herself, which features the actor gazing out from her car. Captured by her relative Divya, Priyanka Chopra Jonas can be seen donning a baby pink flower printed outfit. Accessorizing her look with a pair of platinum earrings, Priyanka went for the minimal makeup look and tied her hair behind in a bun.

Meanwhile, on the workfront, Priyanka is currently gearing up for her next with Rajkummar Rao, The White Tiger. The actor will also be seen in a biopic of Sheela Anand, which follows the story of one of the leaders of the controversial Rajneesh movement during the 1980s in Oregan, USA. The actor has also been roped in for Matrix 4 alongside Jada Pinkett Smith.