Despite the success of 'Raazi' and its critical acclaim, Harinder Sikka said he felt backstabbed by Meghna Gulzar over his book 'Calling Sehmat' adaptation.

While the Academy Awards has a special category for Adapted Screenplay, with the number of books serving as inspiration for the story in Hollywood film, the trend is less common in Indian films. In recent years, a book adaptation that turned out to be a big hit and won critical acclaim was Raazi, based on Calling Sehmat. The film not just entered the Rs 100 crore club, but also won numerous awards.

The writer of Calling Sehmat, Harinder Sikka, however, is not pleased with how the film turned out. The author recently expressed his displeasure about director Meghna Gulzar’s adaptation of his book.

Sikka recently stumbled upon a feature of films adapted from books, and responded that it took him ‘eight long years’ to write the book, something he termed as a ‘tedious task.’ Though he praised lead actor Alia Bhatt, who was selected by ‘Lady Sehmat’ and stated she had given her ‘best’, he felt he had erred in selecting the right maker, something that stalled the movie from becoming ‘folklore.’

Sikka wrote that it is a ‘regret that shall live on.’ As netizens expressed their opinion, the former Navyman termed Gulzar as ‘immature, short-sighted and stubborn’.

Director turned out to be immature, short sighted & stubborn.
Not her fault. I made the mistake in selecting her. https://t.co/KujhG0vOVF

The plot of Raazi traces the journey of Sehmat, an Indian woman, who turns a spy in Pakistan, after her marriage to Pakistan’s Armyman and is set around the India-Pakistan war of 1971. When a netizen shared that she loved the movie and wondered why he was not happy, the author was displeased about the climax and showing the protagonist as a ‘depressed woman.’ He also stated that the band played the National Anthem and she saluted the Indian flag in his book.

Sikka stated that the film should’ve won National Awards. He also wrote that he felt 'backstabbed', because Meghna had promised that she won’t tinker with his story. He concluded that it ‘still hurts.’

Meghna had promised she wouldn’t tinker. I felt back stabbed.

READ:Alia Bhatt’s 'Raazi' And Other Bollywood Spy Thrillers That Will Keep You Hooked

Raazi also features Rajit Kapur, Vicky Kaushal, Soni Razdan, Jaideep Ahlawat, among others. Though the movie got ignored for the National Awards of 2018, Alia Bhatt and Meghna Gulzar took home most of the Best Actress and Best Director awards of that year. 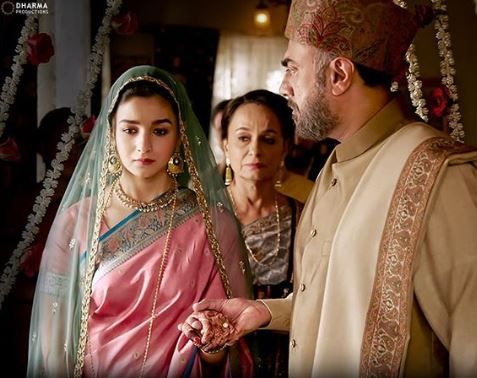 READ:Dialogues From Alia Bhatt’s 'Raazi' & Other Films That Will Bring Out Patriot In You