Rahul Khanna welcomed the spring with a crisp white shirt as his fans demand a shirtless selfie of the actor. Check out the picture and read on to know more.

Bollywood actor Rahul Khanna’s latest Instagram post has caused quite a storm on social media. The actor posted a picture of himself in a crisp white shirt in front of a dramatic background. The photo looks no less than a painted picture, capturing all the aesthetic elements around the subject.

Netizens and fans of Rahul Khanna have showered his comments section with appreciative remarks. Check out the picture posted on Rahul Khanna’s Instagram account here.

In the picture, Rahul Khanna is seen wearing a casual white shirt and a pair of dark blue chino shorts. Staying true to his simple yet suave style, Rahul is seen walking towards the camera in the picture. He welcomed the spring season while captioning the post with a simple, ‘Spring in the air, spring in my step’ on his social media account.

Rahul Khanna often posts shirtless thirst selfies on his social media account. Fans of the actor have stated that it is too hot and that he should post another one of his famous shirtless selfies. Check out what the fans have to say about the actor’s photo. 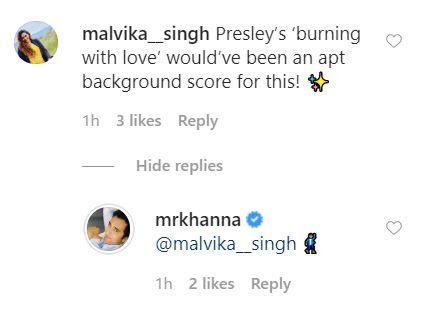 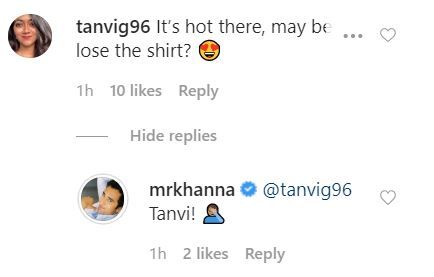 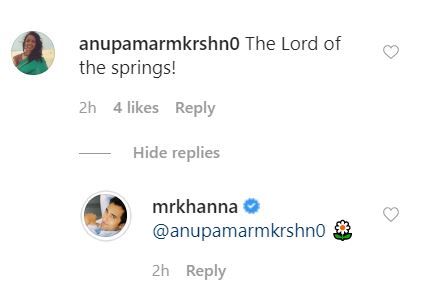 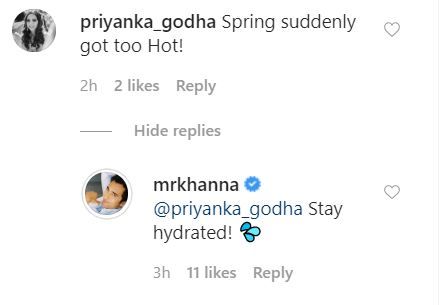 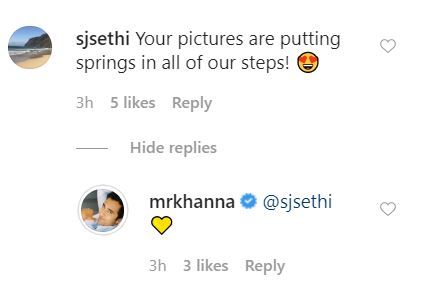 Fans of Rahul Khanna have complimented him for nailing the look to perfection. While many stated that his picture has brought spring to their step as well, Rahul has also commented on his fans’ comments with a few short replies.