Ranveer Singh recently shared a picture of himself on Instagram. On that picture he said "missing you baabe" and it's NOT who you think it is. Read here to know

Bollywood actor Ranveer Singh is currently busy shooting for Jayeshbhai Jordaar took to his Instagram to share a picture of him in a unique dress. He shared 3 pictures for himself in the dress and on one of the pictures Ranveer replied to a comment by writing "missing you baabe ❤️". He did not say it to Deepika but to someone else take a look at whom he said it to.

Ranveer Singh is seen in a polka dot dress on which his co-star from ‘83 commented and wrote “Ohhh nexxxxxt level 👌🏻” This was written by Ammy Virk on Ranveer Singh’s photo. Ranveer Singh replied to him by writing “missing you baabe ❤️”. This bend just goes to show the bond the two stars had on the sets of the film 83. We will be seeing them together on screen for the first time. Take a look at how Ranveer replied to Ammy on Instagram here. 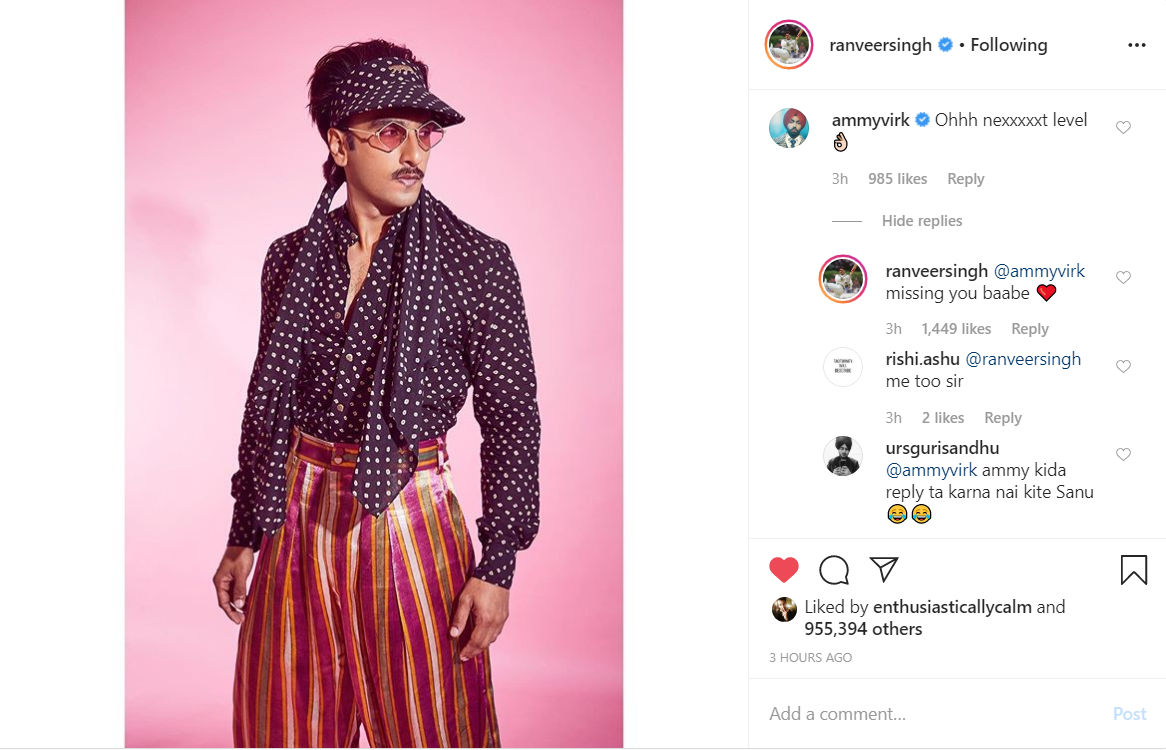 Ammy Virk will be seen in the role of Balwinder Singh Sandhu in the upcoming film ‘83. Other than this Ammy Virk has worked as heroes in many Punjabi films. He will also be seen in the upcoming Ajay Devgn film Bhuj: The Pride of India. The film ‘83 will be releasing on April 10, 2020. '83 will also star Deepika Padukone, Tahir Raj Bhasin, Amrita Puri, Pankaj Tripathi, Boman Irani, Saqib Saleem, Harrdy Sandhu, and Sahil Khattar in significant roles alongside Kapil Dev. The movie is directed by Kabir Khan. It is one of the most awaited movies of 2020.