Raveena Tandon, Bharti Singh, and Farah Khan have been booked for allegedly hurting religious sentiments on a television show. Read the story below for details.

Raveena Tandon, Farah Khan, Bharti Singh, popular Bollywood celebrities have reportedly been booked by the Amritsar police for allegedly hurting religious sentiments of a community while shooting for a television show. As per the latest developments, a case under Section 295-A IPC has been registered with Ajnala police after they have received a complaint along with video footage as evidence. More details are being awaited in the case.

Surprisingly, none of the celebrities have reacted to the news. Raveena Tandon, on the other hand, seems to have taken a quick break and headed off to Amritsar. She also shared pictures from the Golden Temple and captioned them with: “With prayers and love from us all to yours .. #waheguru #earlymornings #goldentemple #blessings peace and happiness to all. #wahegurujikakhalsa #wahegurujikifateh #wahegurumeharkare” 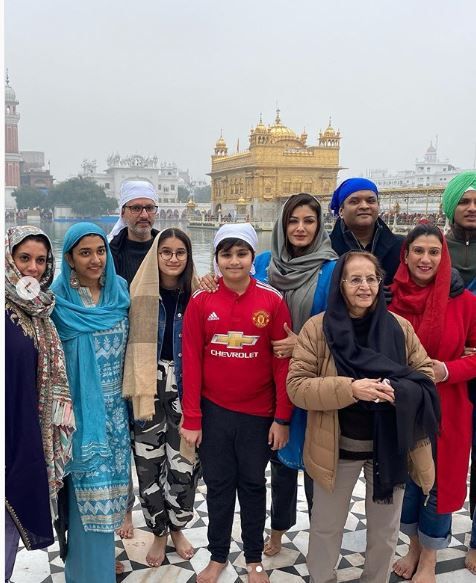 READ:  Raveena Tandon To Essay The Role Of Indira Gandhi In 'KGF: Chapter 2'?

What are the celebrities up to?

On the work front, Raveena Tandon who has been missing from the silver screen for quite a few years will be seen in KGF 2 alongside Kannada actor Yash and Sanjay Dutt playing the role of a politician. Ace-comedian Bharti Singh is enjoying her stint at The Kapil Sharma Show. Farah Khan, on the other hand, will be seen directing Satte Pe Satta remake, which will be produced by Rohit Shetty.

READ: Farah Khan-directed Movies That Made Fans Fall In Love With Her Work