Raveena Tandon seemed delighted to get back on the plane after a long wait due to the pandemic. Read further ahead to know more about it.

Raveena Tandon is back at the airport and the actor seems delighted to be flying once again. Due to travel restrictions owing to COVID pandemic, a number of people weren't allowed to use airline services as safety measures. However, as things ease around, people have begun flying and going on vacations. Similarly, Raveena Tandon is back on flights and the actor posted a series of pictures from her travel.

Also Read | Raveena Tandon & Sunny Deol's Movies List: Have A Look At Some Of Their Popular Films

Raveena Tandon goes "up up and away"

Raveena Tandon took to Instagram to post a blurry picture of herself in which she can be seen adjusting her earring as she sits at the window seat on a flight. The actor was seen dressed up in an all-white top with a black skirt. In the first picture itself, she can be seen wearing gloves in her hand as safety measures and as one slides through the images, they can spot the actor wearing a face shield and mask as well. The actor posted a picture of herself inside the aeroplane as she posed for a couple of selfies while inside the flight. The actor was also seen wearing a face shield along with a friend as they sat out waiting for their plane's arrival. Further ahead, Raveena also added pictures of herself as she stood in front of a mirror displaying her airport look. Fans loved the images she posted and praised her for her amazing fashion sense. 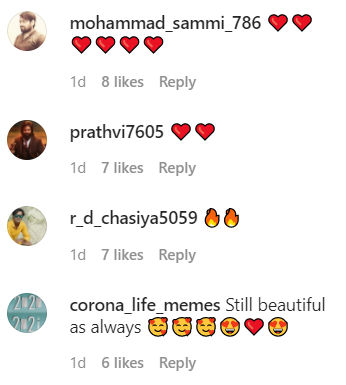 Upon posting these images on social media, Raveena Tandon added a caption hinting that the pictures were taken from the final checks at the airport. She then added the words “up up and away” with a small aeroplane emoji. Thus the actor seemed quite delighted to get back on flights after the long wait due to the pandemic. Fans too seemed quite delighted with the amazing posts uploaded by the actor and wrote several praises for her in the comments section. On the work front, Raveena Tandon will soon be seen in the much awaited KGF: Chapter 2. The actor posted the teaser on her timeline and fans got a small glimpse of her character from the teaser. Fans expressed that they are eager to watch the film as soon as possible.