Remember Sonu Walia? Here's What The 'Khoon Bhari Maang' Actor Is Up To

Remembering Sonu Walia, here’s taking a quick look at her career graph and what the former actor is doing currently. Read on to know more about the same. 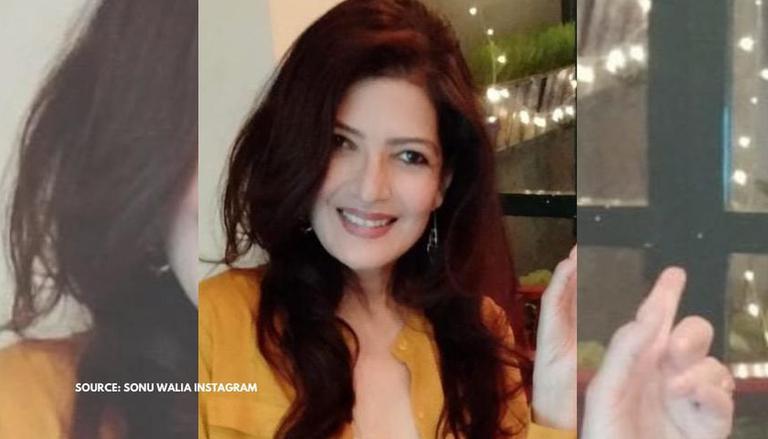 It was more than 30 years ago when the Khoon Bhari Maang actor Sonu Walia entered the showbiz world. In her career span, the actor appeared in roughly twenty-five movies and during her time, she reigned the silver screen with her breath-taking performances. Ardent fans of the actor cannot forget dancing alongside Kabir Bedi Main Teri Hoon Janam in the classic cult film Khoon Bhari Maang. Remembering the actor here’s taking a quick look at her career graph and what the former actor is doing currently.

Where is Sonu Walia?

Before stepping into the acting world, Sonu was crowned as Miss India back in the year 1985. A student of Journalism and a Psychology graduate, she forayed into the acting world with notable performances in movies including Hatim Tai, Swarg Jaisa Ghar, Apna Desh Paraye Log, and more. Although Walia appeared in more than twenty-five movies, her career was short-lived and she quickly faded away from the silver screen.

After leaving the silver screen, Walia continued to act on the small screen. She is popular for essaying the role of Maharani Chitrangada in the mythological show Mahabharat. She was last seen on the silver screen in the late 90s in Betal Pachisi before vanishing from the TV world too. While all this was happening on the professional front, in real-life her path crossed with Surya Prakash, an NRI in the US who was a hotelier and Indian film producer.

Love brew between the two and the duo got hitched with each. After being happily married for almost a decade, the shocking news of Prakash demise in 2009 shook the diva’s fans. Reportedly, Prakash passed away due to kidney failure. After her husband’s death, Wali remained in the US until years later she returned back Mumbai to build her career once again.

However, this time she chose to remain behind the camera. Back in 2016, Sonu Walia co-produced the film titled, Jagiyaa Rocks in collaboration with brother-in-law, Vineet Sharma. Currently, the actor, along with taking care of her daughter, shuffles between India and the US, in order to balance her professional and personal life as well.

WE RECOMMEND
Unseen pic of the day: Dimple Kapdai’s photo with Amrita Singh gives major retro vibes
Neelam Kothari's birthday: A list of the actor's 10 most popular Bollywood movies
Rekha's bold and iconic fashion moments in movies that fans must check out on her birthday
Priyanka Chopra starrer 'Krrish', other iconic movies directed by Rakesh Roshan
Shatrughan Sinha quiz: Find out how well you know the 'Badla' actor