Rhea Kapoor recently shared a post on social media and urged people to bring out their creativity during these times of need. Many celebrities even commented.

Rhea Kapoor is currently being contained at home due to the recent coronavirus breakout all over the world. She has regularly been updating her fans about her well-being. In a recent post that she shared on social media, Rhea Kapoor is seen making a special request to creators.

Rhea Kapoor asks people to bring out their creativity

In a recent post that she shared on social media, Rhea posted a picture that said: “Now you have no excuse to not write”. Rhea Kapoor is seen asking her “writers”, “directors”, “lyricists” and “composers” to come up with “little lightheartedness in this difficult time”. She also stressed on how people can use this time to “look inward and be creative”.

Rhea Kapoor also added that people need to reinvent the way stories are being told. She also added how people need to change the way the world is being viewed. Rhea Kapoor also had a special request for the people who do not belong to the entertainment industry. She added that people who have always thought of writing a book can now use this as an opportunity to do the same.

Rhea Kapoor tagged a few of her industry friends in the post as well. Many industry insiders were quick to reply to Rhea Kapoor’s post. Alia Bhatt’s sister Shaheen Bhatt added how she had been thinking about the same for the past few days. Many others commented with laughing emojis on Rhea Kapoor’s post.

Check out the comments here: 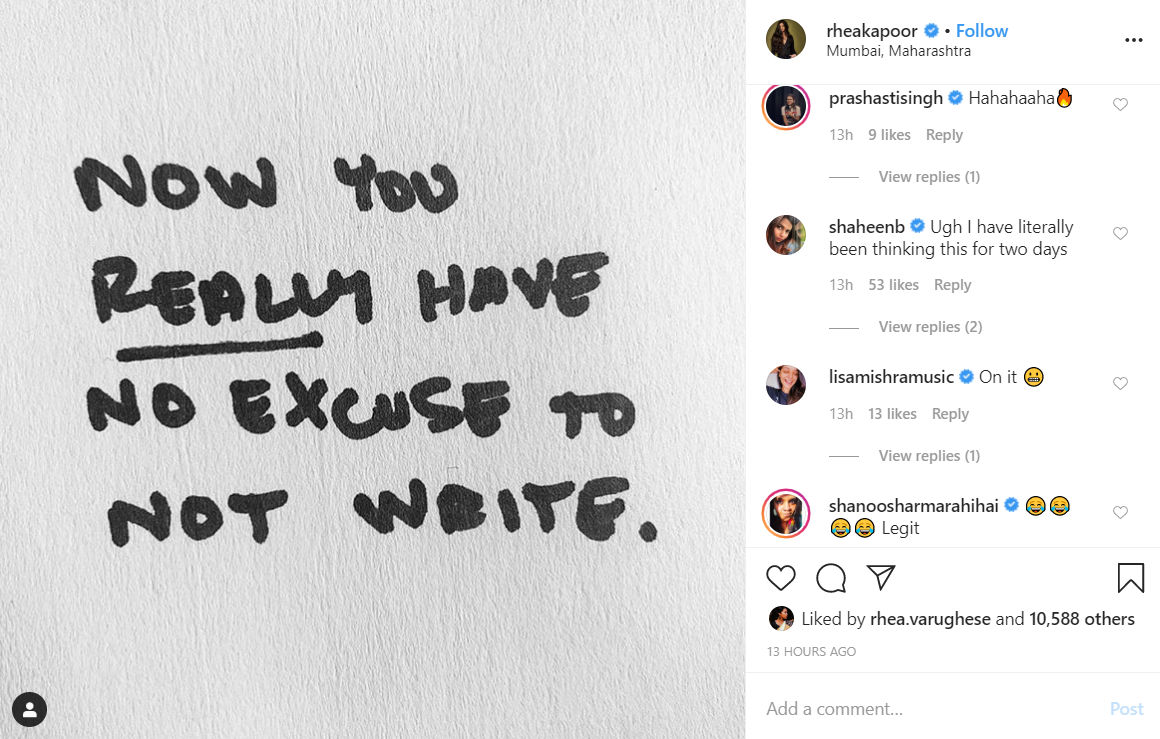 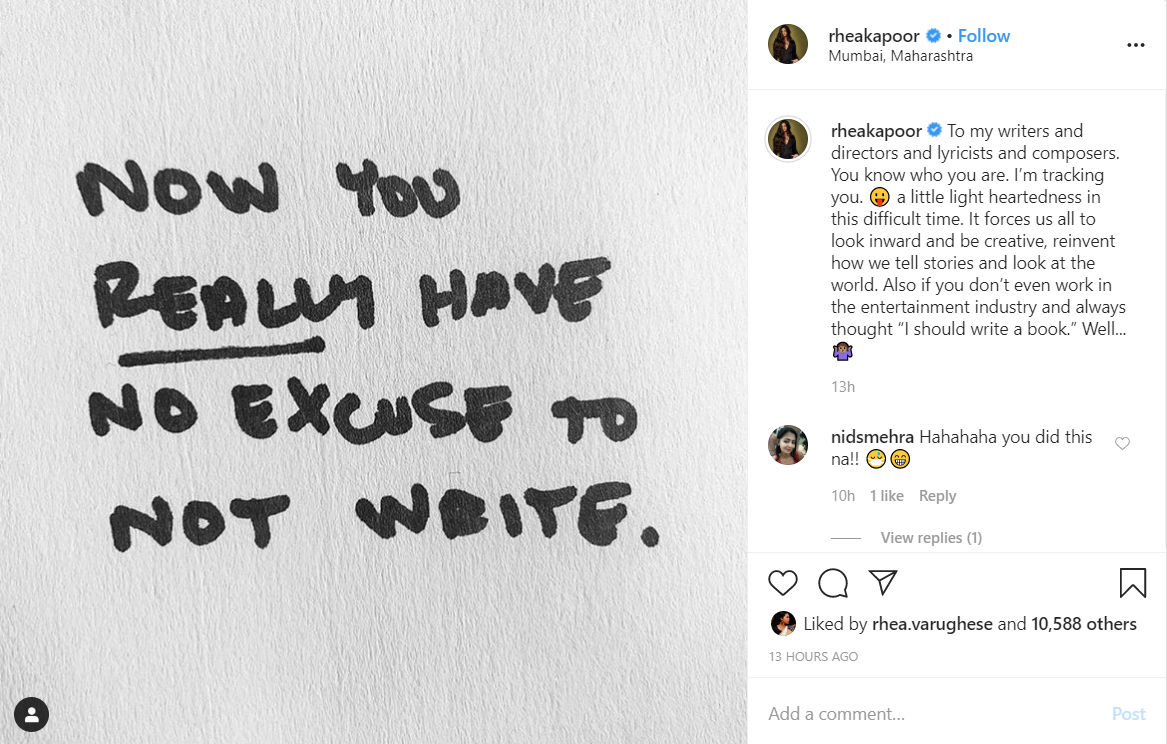 On the other hand, the coronavirus outbreak has already affected more than one lakh people. The disease has claimed a total of more than 7000 lives across the world. Currently, there are almost more than 120 cases reported in India itself with 2 lives lost. The outbreak has taken the whole world by a storm affecting the daily functioning of almost every major country in the world.