Richa Chadha is always known to advocate her love for animals openly. In a recent post on social media, the actor asked fans to feed stray animals regularly.

Richa Chadha is known to be an animal welfare person. She is known for her love for animals, especially towards cats. She has also adopted a cat a few years ago of her own and named her Kamali. In a recent post on social media, the actor has asked fans to feed stray animals.

Richa Chada recently took to social media to share a few videos of her distributing food to stray cats. She shared a video of feeding two cats and carrying the food in her car. From the looks of the video, it seems like she is feeding the cats in a parking lot.

In one of the videos, Richa Chadha also added how the cats in her vicinity will not go hungry because she feeds them every day. She also shared a video of a cat who ran back toward her because he was hungry. She even asked fans to feed stray animals especially during such difficult times when they have no other way to find food. 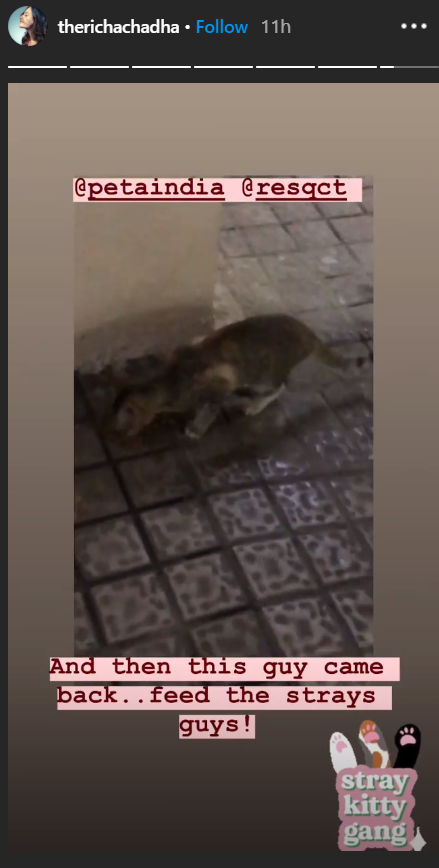 ALSO READ | Richa Chadha: Here Is The List Of Awards And Accolades Received By The 'Masaan' Actor

For those unversed, Richa Chada is a part of several animal welfare organisations like PETA. She openly endorses helping animals and even asks fans to do the same. While talking about animal adoption, Richa Chadha added that it is a very noble cause and more people should adopt the same.