Riddhima Kapoor Sahni seems to be on a throwback spree as she posted an old photo with Ranbir and a car selfie with her mom Neetu Kapoor and daughter Samara.

Rishi Kapoor and Neetu Kapoor's daughter Riddhima Kapoor Sahni has been actively sharing some beautiful old memories of her family through her Instagram stories. Earlier on Monday, she shared an adorable selfie with her brother, actor Ranbir Kapoor holding her pet dog Killian. She also shared a car selfie with her mother, veteran actor Neetu Kapoor and daughter Samara.

On the occasion of Mother's Day on Sunday, Riddhima Kapoor had poured her love and adoration for her mother Neetu Kapoor through her Instagram stories. She shared pictures of Neetu that she had captioned 'My Mom- my everything'. In one of the updates, she also shared a selfie with her aunt Rima Jain and cousin Nitasha Nanda and wished them as her 'other mommies'. 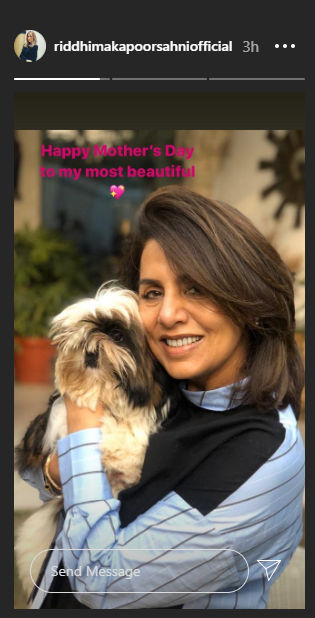 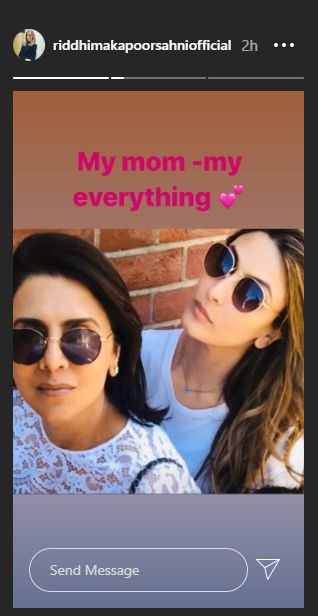 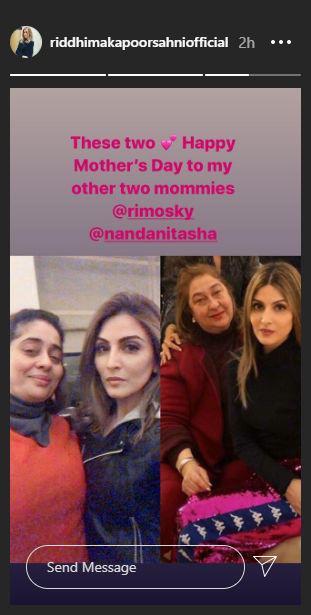 Earlier last week, Riddhima had shared another Instagram story with a photo of herself with her mom and brother Ranbir Kapoor and captioned it "Got your back Ma" by tagging herself and Ranbir as her 'pillars'. 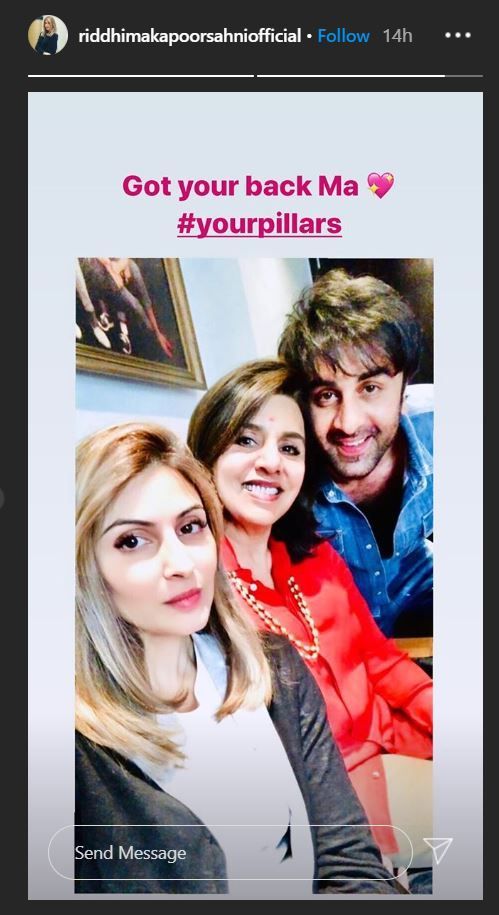 Riddhima Kapoor Sahni arrived in Mumbai two days after the death of her father Rishi Kapoor who succumbed to cancer on April 30 at a hospital in Mumbai. As per reports, she had attended the funeral on video call as travelling to Mumbai was not feasible owing to the nationwide lockdown due to coronavirus. The family issued a statement to announce the death of the legendary actor and also spoke about his last days.

"Family, friends, food and films remained his focus and everyone who met him during this time was amazed at how he did not let his illness get the better of him... In his passing, they would all understand that he would like to be remembered with a smile and not with tears.", said the Kapoor family through the statement.

PEOPLE HAVE PLEDGED SO FAR
LATEST NEWS
View all
1 hour ago
When deepika padukone shared common connect with nithya menen during 'chhapaak' promotions
50 mins ago
Check out deepika padukone's picture with her friends from the industry
24 mins ago
Deepika padukone's adorable photos with her family are unmissable; check out
28 mins ago
Alaya f loves to pose on beautiful streets and her instagram is a proof of it
3 mins ago
Pooja hegde fumes at instagram hackers: 'hope you haven't given out personal information'