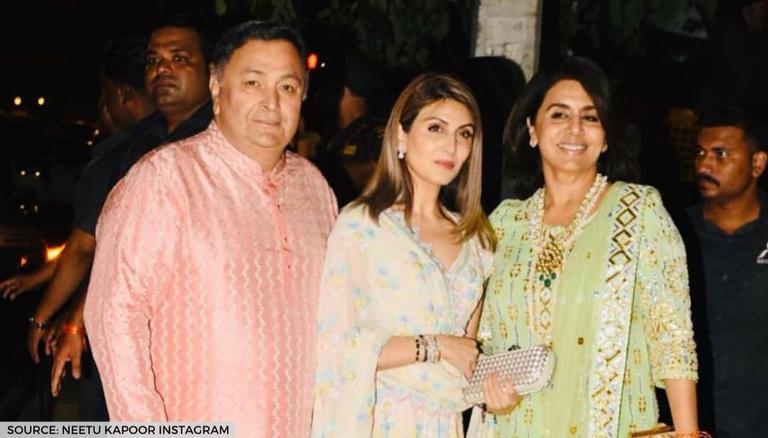 Riddhima Kapoor Sahni took to Instagram on Wednesday, February 03, 2021, to share a major throwback picture of her along with her father Rishi Kapoor and mother Neetu Kapoor. Along with the throwback picture, Riddhima also penned a sweet caption.

Taking to her Instagram handle, Riddhima Kapoor Sahni shared an unseen picture with her parents which is truly unmissable. In the picture, Rishi and Neetu can be seen striking a pose and are all smiles for the camera. Riddhima, on the other hand, can be seen looking cute with her grumpy little face in the camera.

Neetu can be seen donning a multi-coloured striped top along with a hat. She completed her look with no makeup and a simple hairdo, Rishi Kapoor sported a blue coloured polo t-shirt along with a cream coloured hat. Little Riddhima wore a colourful striped outfit along with a cute cap. By the looks of the picture, they all seem to have had a lovely vacation somewhere. Riddhima also captioned the post with three red hearts. Take a look at the post below. 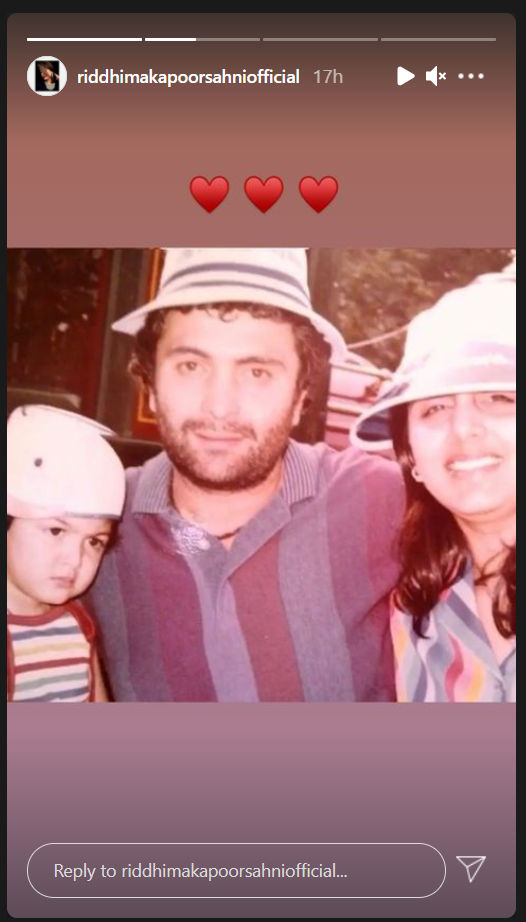 Riddhima often goes on to remember her late father. Be it a vacation, a party or any such instance, Riddhima shares a pic and pens a note revealing the same. Earlier, Riddhima Kapoor shared her father's lovely picture on her Instagram stories. The decades-old picture shows the father-daughter duo looking right at the camera as the actor holds his baby daughter close to him. Shahni added a red heart emoji to the top of the picture. Take a look at the lovely picture below. 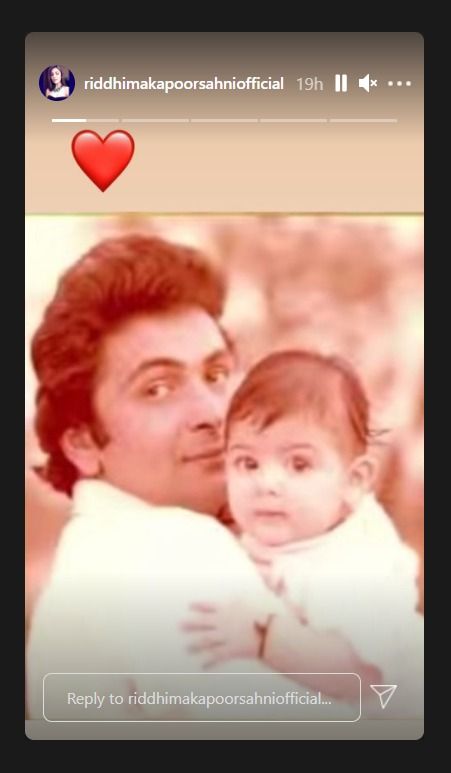 Recently, Riddhima along with her husband and Alia Bhatt and Ranbir Kapoor enjoyed a 'fam-jam' Sunday lunch at her place. She posted a picture where they can be seen striking a pose and are all smiles for the camera. In the picture, Alia and Riddhima were seen co-ordinating the colour of their outfit as both of them opted for black tops with blue denim. While Riddhima donned a cold-shoulder top, Alia kept it simple with a sweatshirt. Meanwhile, Ranbir sported a black jacket paired with beige trousers and a brown cap. Take a look.