Rohit Saraf recently tried his hand at dancing & thanked his trainers for the experience. While he admits that his floor work isn't good & he will improve it.

Rohit Saraf has been the talk of the town since he played the role of Rishi in the Netflix Original show Mismatched and starred in Anurag Basu's Ludo as one of the leads. The actor took to his Instagram stories on February 16, 2021, to share that he is currently working on his dancing skills while he also admits that he is not doing great floor work.

Rohit Saraf shares videos as he tries his hands at dancing 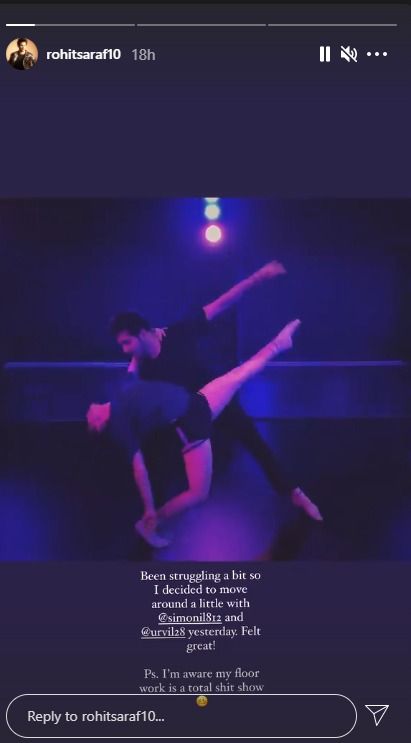 Rohit Saraf has received appreciation for his performance as Rishi opposite Prajakta Koli in the Netflix Original series Mismatched, prior to which he also featured in the movie Ludo that released on the platform. The actor is now trying his hands at dancing and shared a couple of videos on his Instagram stories, on Tuesday, February 16, 2021. The actor has also admitted that his floor work isn’t so good as of now and he is working on it. 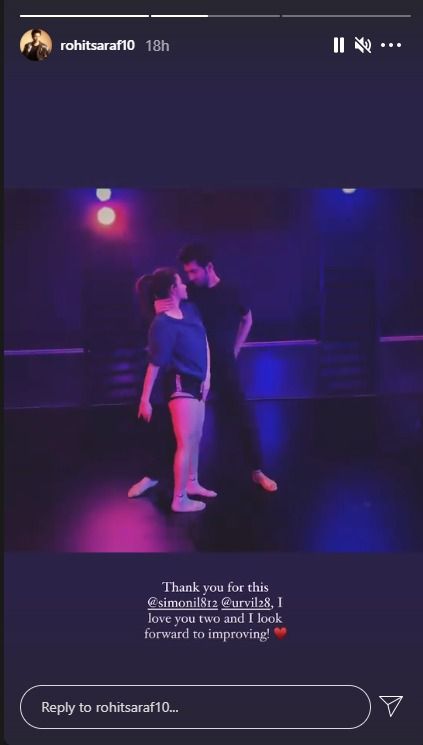 He wrote, “Been struggling a bit so I decided to move around a little with @simonil812 and @urvil28 yesterday. Felt great” and further added, “PS. I’m aware that my floor work is a total s*** show” and added a puzzled emoji. In the next video, he wrote “Thank you @simonil812 and @urvil28, I love you two and I look forward to improving!” followed by a red heart.

Rohit Saraf on the work front

The actor was last seen in the web-series Mismatched and also appeared in the role of Rahul Avasthi in the dark comedy titled named Ludo. He also played the role of Ishaan Chaudhary in the biopic of Aisha Chaudhary, The Sky is Pink. On February 17, the actor announced the release date of his upcoming Tamil debut movie titled, Kamali From Nadukkaveri which arrives in theatres on Friday, February 19, 2021.

He shared the post on his Instagram account and wrote, “So happy to share with y’all that my first Tamil film #KamaliFromNadukkaveri releases on the 19th February in theatres. While shooting for this was quite challenging, it was also one of the biggest learning experiences for me. And I hope y’all will watch it and give me a very honest feedback so I can improve”.

Also Read: 'Mismatched' Star Rohit Saraf Opens Up About Losing His Father At 11, Shares His Struggles