Was Saif Ali Khan Involved In Getting Sara Ali Khan On Board For Rohit Shetty's 'Simmba'?

Sara Ali Khan is counted amongst the most talked about millennials actors in tinsel town currently. She made a ground-breaking debut with Abhishek Kapoor's Kedarnath, but it was her second blockbuster film Simmba which cemented her place in Bollywood. But do you that it was Sara Ali Khan's father Saif Ali Khan, who helped her in bagging her role for Simmba. 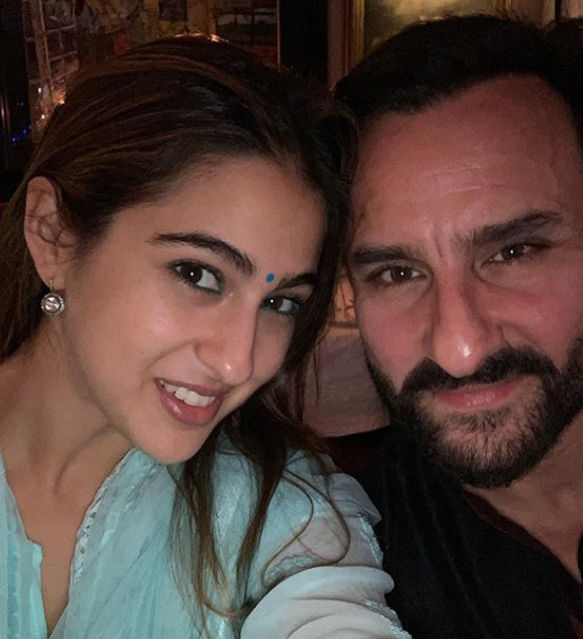 In a candid conversation with a leading daily, Saif Ali Khan talked about how he helped Sara in bagging the lead role in Dharma Production's Simmba, starring Ranveer Singh. The cop-flick directed by Rohit Shetty proved to be a milestone in Sara's acting career. Let's divulge into the details.

Saif Ali Khan is a celebrated actor in Hindi Cinema. Reportedly, as a father, he was very concerned about his darling daughter Sara's debut film. But to Saif Ali Khan's dismay, it was reported that there was a feud between Kedarnath's director and producer Prernaa Arora which resulted in the halt of Sara Ali Khan's debut film opposite Sushant Singh Rajput. This reportedly worried Saif Ali Khan, and that's when he decided to help Sara in any manner for bagging a role in Rohit Shetty's Simmba.

Simmba was co-produced by Karan Johar's Dharma Production, and as Karan Johar and Saif Ali Khan are friends, Saif made sure that Sara was a part of the cop-flick helmed by Rohit Shetty. Furthermore, he was very involved in Sara's second film Simmba and ensured she witnesses a smooth start to her acting journey in the Hindi Film Industry. Saif Ali Khan also added that he was thrilled and excited for his daughter's movie, and will always be there for her as a pillar of strength.

Read: Sara Ali Khan Showcases The Bubbly Side Of Her Personality In These Pics

To one's surprise, the shooting of Kedarnath was also resumed, and the romantic drama hit the theatres on 7 December 2018. In fact, Sara Ali Khan's impressive performance in her debut hit won her several accolades and the film also did exceedingly well at the box-office. Simmba, on the other hand, released a few days post-Kedarnath on December 28, 2018, and created magic on the silver screen. The film did ground-breaking business at the box-office and is counted amongst the highest grosser of that year. Sara Ali Khan essayed the role of an independent and strong entrepreneur in the film, and her onscreen chemistry with Ranveer Singh was highly appreciated by the masses.

PEOPLE HAVE PLEDGED SO FAR
LATEST NEWS
View all
5 hours ago
Shraddha Kapoor shares a funny 'Stree' style poster that shows how to keep COVID at bay
9 hours ago
Ali Fazal leaves an adorable comment on Richa Chadha's new profile picture
8 hours ago
Malaika Arora's stylish house where she is under quarantine with son Arhaan; See pics here
8 hours ago
Maanvi Gagroo receives apology from the fashion brand that used her pic & body shamed her
8 hours ago
Raveena Tandon wishes her parents on 54th wedding anniversary, shares throwback pics