Bollywood superstar Salman Khan,who is currently under self-isolation at his farmhouse in Panvel, shared a picture of himself looking somewhere far off

With the nationwide lockdown in place until May 3, citizens of India have been advised to stay indoors and practise social distancing and self-isolation to ensure that the rising number of Coronavirus infections are curbed.

Bollywood superstar Salman Khan has been spending his quarantine days with his family at his farmhouse in Panvel. He has been active on social media where he has repeatedly attempted to spread awareness about the current global crisis and urged his followers to practice self-quarantine amid lockdown.

On Saturday, the actor posted a picture of himself in which he looked lost in thoughts as he looked somewhere far off. The caption of the post relayed the actor's mood while under lockdown as he said, 'Hmmmm....'.

Netizens took to social media and showered their love for the actor through their comments as the picture made his fans go weak in the knees. The candid picture of the Bajrangi Bhaijaan actor won hearts and adoration of his fans and followers. Some even wondered what their favourite 'bhaijaan' was thinking of. 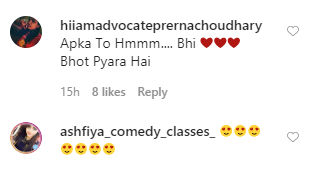 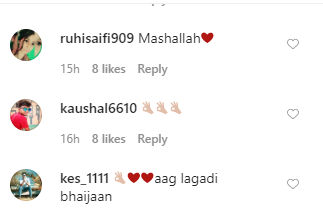 The actor is currently at his farmhouse in Panvel with his sister Arpita Khan and brother-in-law Aayush Sharma among other family members. His parents, however, are reportedly at his residence in Mumbai.

As per reports, Salman Khan also has a few of his friends from the industry including actors Jacqueline Fernandez and Waluscha De Sousa under self-isolation with him at the farmhouse. In fact, during a recent interaction, Salman even quipped that his farmhouse is like the Bigg Boss house where inmates have the same routine to follow for days.

What's next for Salman Khan?

The actor was last seen in Dabangg 3 along with Sonakshi Sinha, Kiccha Sudeep and others. Salman will be seen next in Prabhudeva's upcoming film Radhe along with his Bharat co-star Disha Patani. The actor is also scheduled to feature in Kick 2 and Kabhi Eid Kabhi Diwali which will release next year.