The death of Salman Khan’s nephew Abdullah Khan sent shockwaves among those close to the actor’s family. Numerous celebrities mourned his demise and paid their respects to Abdullah. Iulia Vantur, Daisy Shah, Zareen Khan and many others shared their grief on social media.

Iulia Vantur, often known as Salman’s rumoured girlfriend/ close friend, shared a photograph of him and wrote that he had ‘left too soon.’ Daisy Shah, who was launched by Salman in Jai Ho, termed Abdullah as her ‘bestie’ and that she will always love him.

Will always love you my bestie... #restinpeace â¤ï¸

Salman’s Veer co-star Zareen Khan reacted with sorrow. Bina Kak, who has played Salman’s mother in films and is close to the Khan family, wrote that her heart went out to his family, and how Abdullah used to call her ‘ma.’ 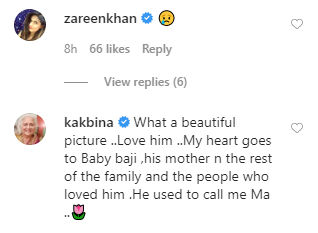 Salman had shared a photograph with Abdullah and written that he will always love his nephew.

Will always love you...

Kamaal Khan, known for numerous Salman’s hit songs, Akansha Puri, Vahbiz Dorabjee, Karanveer Mehra, Mahhi Vij and many others responded to Salman’s post, expressing disbelief and sharing that he will alway be alive in their memories. 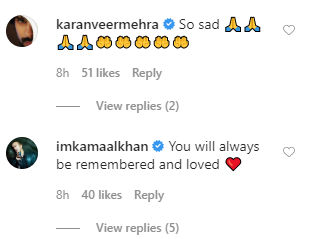 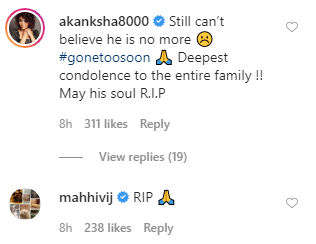 As per reports, Abdullah breathed his last at the Kokilaben Dhirubhai Ambani Hospital in Mumbai. Reports claimed he died due to a lung infection. He was reportedly 38 years old.

Abdullah was the son of Salman’s distant cousin, reports stated,  and was a bodybuilder, with his Instagram handle filled with workout photos and videos.

PEOPLE HAVE PLEDGED SO FAR
LATEST NEWS
View all
2 hours ago
Jacqueline fernandez and nora fatehi in red co-cords; see pics
1 hour ago
Piyush mishra opens up about his latest courtroom-drama and the world of web-series
7 mins ago
Esha deol posts a throwback picture of 'three generations' of her family
13 mins ago
'thank you': hrithik roshan tells bhuvan bam after watching his latest titu talks episode
1 hour ago
Amitabh bachchan's 'bhoothnath returns': making of 'party toh banti hai' music video